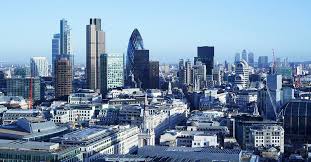 On Monday we have witnessed a surprising drop in the UK’s manufacturing output that fell 1.4% in April, with the consensus expecting a gain of 0.3%. In addition, the industrial production fell by 0.8% in April, whereas in March we have seen a gain of 0.1%. The unexpected drop had the fastest pace since 2012 and it is assumed to be caused by a weaker demand domestically and abroad, raising a concern of a weakening economy in 2018. According to Philip Shaw an economist in Investec, the rebound in GDP as a whole in the second quarter could be restrained and raises the question of the likelihood of another rate increase in August, thus the weak data coming from the UK can be compared to the disappointing figures coming from the EU zone as well.

Furthermore, according to NIESR (National Institute of Economic and Social Research), the economy of Britain grew only 0.1% in the 1st quarter of this year, it has slowed down materially and continues to remain weak. The risks to a strengthening economy are seen in Brexit, the escalated tensions in international trade and the political developments in Italy.
Reflecting on the G7 meeting, US President has not disappointed us with a scarceness of tweets, therefore he has used once again the social media to express his dissatisfaction with the NATO allies, the EU and Canadian Prime minister, stating that the fair trade is now to be called ‘fool trade’ if it is not reciprocal and that the US cannot allow any longer any one taking advantage of them regarding trade, where the American worker has to be placed fist. This is seen as not a wise move, as he will need allies on his side in order to push North Korea to proceed with ceasing their nuclear arsenal program which is a threat to the United States.

Today investors will be closely monitoring the news coming from the UK regarding the average earnings index and unemployment rate, followed by the German ZEW economic sentiment. Later during the day, the emphasis will be on the CPI reading coming from the US.