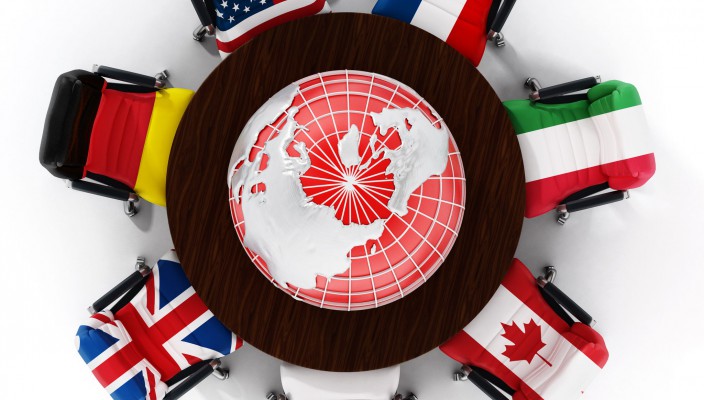 The G7 meetings started on Friday the 8th of June with a note from the US President Trump regarding the threat of trade war. As per Bloomberg, Trump has posted several tweets, stating that he is looking forward for the talks and resolving the long time unfair trade deals of the G7 countries against the US. On this note, France’s Emmanuel Macron and other leaders have warned that they will not put their signature on a joint stamen that will bow to President Trump wishes. The meeting is seen as the most bitter in the past several years, where the host- Justin Trudeau, Prime Minister of Canada has a difficult job to bridge a divide between Europe and the US.

In addition, French Finance minister, Bruno Le Maire, during his speech in a business conference in Berlin, has said that Europe should not allow the fate of the world to be shaped by the US and China and sees that Europe has faced a ‘now or never’ moment that has arisen from the external threats of the previously mentioned countries. According to Reuters, he has welcomed the new European reforms proposals set by Chancellor Angela Merkel, and both Germany and France are expected to propose a joint reform at a European Union summit later this month.

With regards to the macroeconomic news for Friday, German industrial production fell in April to a surprising -0.1% from expected 0.4%. So far the decline regarding the industrial output, orders and exports have been linked to the cold weather or long public holidays, however there is a rising concern with the economists where it is assumed that supply side restraints are obstructing the growth prospect of Germany. According to Carsten Brzeski of ING, labor and equipment are currently on their highest levels that may limit the factors to production, thus more investments are seen as the easiest and best way forward.

Furthermore, surprising release came from Canada regarding the employment change, where Canadian economy added just 7500 jobs in May, whereas the economists have forecasted 19.1k. The unemployment rate remained at a steady level of 5.8%.