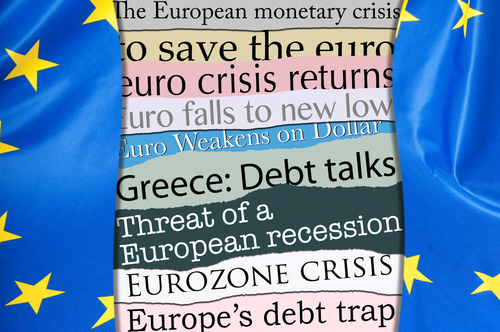 UK Pound Strengthens on the Back of Continuing Eurozone Concerns

The UK pound traded lower against the US dollar on the back of bad forex news regarding moves to deal with the ongoing European sovereign debt crisis. The GBP/USD currency pair fell to 1.6182 during the morning US trading session before consolidating at the 1.6190 level. Analysts said the pair was likely to find its support level at 1.6151 and resistance level at 1.6251.

Demand for the pound weakened following the forex news release of the September results of the Ifo index, which is a measure of German business confidence. The business climate index fell for the fifth month in a row, to 101.4 from 102.3 in August. The September figures were also lower than economists’ estimates, who had predicted that the September Ifo index would remain at 102.3. Other sub-indices were also less than anticipated. The executives’ business expectation index fell to 93.2 from the predicted 95.0 in August, while the current conditions index was 110.3, less than the estimated 111.0. The index is derived from a survey of 7,000 firms in the construction, retailing, wholesaling and manufacturing sectors and is intended to measure their assessments of the current business climate as well as their expectations for the next six months.

The pound was also weighed down by uncertain forex news from Spain. Madrid is still debating as to whether or not it would avail of the European Central Bank’s unlimited bond buying program due to concerns that it would require the government implement additional austerity measures. While the country’s borrowing costs have significantly fallen since the ECB announced the bond buying plan, they still remain high due to tensions between the capital and the debt-burdened regional governments. Prime Minister Mariano Rajoy is set to present on September 27 the government’s draft budget, which is expected to impose additional measures to reduce its budget deficit such as additional fiscal adjustments and structural changes to boost the country’s competitiveness.

Meanwhile, an assessment by financial consulting firm Oliver Wyman on how much additional capital is required by Spanish banks to maintain a safe level of reserves is due on Friday, September 28, and will determine how much it will need to avail of from the European Stability Mechanism. Preliminary estimates are that the banking sector will require additional capital of as much as €62 billion, of which €20 billion will be absorbed by nationalized mortgage lender Bankia.

Meanwhile, the pound strengthened against the euro due to forex news over disagreements between two of the region’s largest economies regarding a timetable for the implementation of the European Banking Union. The proposal would give the European Central Bank additional powers to oversee the eurozone’s more than 6,000 banks, including monitoring that their levels of liquid capital are sufficient to ensure continued operations and asking erring banks to take corrective measures if they fall below capital requirements. France had called for the union to begin monitoring the region’s banks by January 2013, following the original proposal, while Germany said the union should begin by monitoring only the larger banks and slowly develop from there.