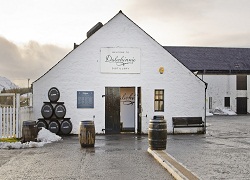 This morning we received the latest data regarding the levels of Spanish unemployment and the news wasn’t good with the unemployment rate still remaining stubbornly and alarmingly high at 25.9%. With just over one in four adults out of work in Spain and close on 60% youth unemployment, it’s difficult to imagine a scenario of how Spain can claw back to the European average levels of circa 12% unemployment in the short to medium term.

From the UK we received the latest preliminary estimate of GDP from the official UK stats. body the ONS. Many analysts had pencilled in a rise of 0.9% over the first quarter of 2014, however, the print came in only slightly under at 0.8%, still bettering the previous quarter’s growth figure of 0.7% and taking annual growth to a figure of 3.1%. It was the figure for agriculture, falling by 0.7% over the quarter, which acted as a ‘drag’ on the overall figure. The fall in agriculture could in part be blamed by the historically poor winter months the UK suffered in the first quarter of 2014.

Asian bourses’ equities indices were mixed after Monday’s see saw sessions on Wall St. whilst also reflecting the caution ahead of the US Federal Reserve’s two day meeting that is due to commence later today.

The US has imposed further sanctions on Russia by targeting seven government officials and 17 companies linked to President Vladimir Putin’s inner circle, including Igor Sechin, chief executive of the Kremlin-controlled oil company Rosneft. In Brussels, ambassadors responsible for security affairs met on Monday and agreed to add 15 Russian individuals to the lists of people facing travel bans and asset freezes.

There was no discernible trend in the consumer mood in Germany this April. Following a value of 8.5 points in April, the overall indicator is again forecasting 8.5 points for May. While the income expectations value, which makes up part of this indicator, climbed to a record high, the significant improvement in the willingness to buy indicator of the previous month was negated. Economic expectations also fell over the past month. The upward trend in the economic expectations indicator has come to an end, at least for the time being. This is most likely attributable to the escalation in the Ukraine crisis.

The retail trade index measures the monthly evolution of the turnover at current prices of enterprises with retail sale outlets. With effect from January 2013 the indices will be calculated with reference to the base year 2010 using the Ateco 2007 classification. In February 2014 the seasonally adjusted retail trade index decreased by 0.2% with respect to January 2014 (-0.1% for food goods and -0.2% for non-food goods). The average of the last three months compared to the previous three months decreased by 0.4%. The unadjusted index fell by 1.0% with respect to February 2013.

The pound traded little changed at $1.6814 after reaching $1.6858 yesterday, the highest since November 2009. Sterling has gained 0.9 percent versus the greenback this month, the best performance amongst the Group of 10 currencies. The yen and euro has each strengthened 0.7 percent.

A gauge of expectations for currency swings fell to the lowest in almost seven years before the Federal Reserve begins a two-day meeting. Australia’s dollar sank to a three-week low as iron ore prices slumped.

Benchmark 10-year yields were little change at 2.7 percent early in London. The 2.75 percent note due in February 2024 was 100 13/32. The yield increased four basis points yesterday. Treasuries stayed lower after falling yesterday as the Federal Reserve prepared to begin a two-day meeting, with economists forecasting policy makers will continue to scale back their debt-buying programme.