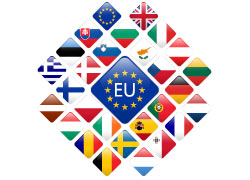 There probably would have been no sovereign debt crisis if all EU countries consolidated their finances during the “good times”. Unfortunately hindsight is 20/20.

Danish ambassador Pultz said his government believed the fiscal treaty was a necessary instrument in the EU’s “common toolbox” and “should be seen as an important part of the EU’s wider efforts to combat the debt crisis”. Addressing the first meeting of the Sub-Committee on the Referendum on the Fiscal Stability Treaty, he said:

If all European countries had conducted sound and sustainable economic and fiscal policies in accordance with the fiscal compact, Europe would most likely not have experienced the sovereign debt crisis.

The Czech Republic ambassador said it was the perception in his country that the EU had moved from being in a “win-win situation to a clash of political ideas“. In the eight years since they joined the EU they had the reputation as “a bit of a troublemaker”.

The Czech Republic was outside the euro zone and had a major constitutional problem with the Lisbon Treaty. It had still not signed up for the treaty.

However, that is something that may happen in the future, especially as the inclusive character of the treaty itself literally invites reconsideration. I am pretty confident the people will see it as a choice; what are the costs of any separate run and costs for any enhanced integration with the euro zone.

The Greek representative said “the treaty was relatively easy for us” and “almost natural for us to accept” because “we knew the need for a new tool” for the EU. And Greece was the overall benefactor.

The sacrifices of the Greek people are producing results

The sub-committee is making the preparation for the EU Summit on the Fiscal Treaty, which is being promoted by Germany’s Merkel and French President Sarkozy. It is the next important step in building a strong eurozone monetary and financial system.