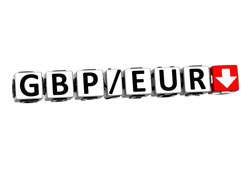 Yesterday, sterling was well bid, even as the news flow from the UK was not supportive for the currency. Uncertainty on the outcome of the EU summit was the key factor for trading in the major euro cross rates. However, sterling was an outperformer. EUR/GBP was on a gradual downward trajectory throughout the morning session even as EUR/USD showed much less of a directional trend. The UK budget data came out worse than expected but this didn’t hamper the gains of sterling. In an appearance before a Parliamentary committee several BoE members including governor King indicated that the outlook for the UK is worsening. This leaves the door open for the BoE to stimulate the economy further at the July meeting. However, it looks that there is no full consensus yet on the form of this support.

Despite weaker public finance data and bearish comments from BoE Governor King regarding his outlook for the global economy the question arises, Is the BoE turning more cautions on QE?

The UK’s deficit, which was wider than expected as a result of reduced tax receipts, adds to existing sovereign credit risk given that the UK remains on outlook negative from two of the three major rating agencies (albeit with a AAA rating from all).  Meanwhile, Governor King has expressed concern over the widening breadth of the economic slowdown, given deceleration in Asia and deterioration in US growth.  King voted for additional asset purchases at the most recent MPC meeting in June, and it is becoming increasingly likely that a majority will succeed in expanding the asset purchase program at the next meeting in July.

Later in the session, further losses of EUR/USD weighed on EUR/GBP trading, too. EUR/GBP reached an intra-day low in the 0.7985 area and closed the session at 0.7986, compared to 0.8029 on Monday evening.

Today, the UK calendar contains the BBA loans for home purchases and the CBI distributive trades. For the CBI a decline from 21 to 15 is expected. Of late, trading in the EUR/GBP cross rate was little affected by rather weak UK eco data and by speculation on more monetary stimulation. We don’t have any indication that this pattern should change anytime soon. As is the case for EUR/USD, EUR/GBP is coming close to very important support levels. The 0.7968/50 area is a strong resistance. So, quite some high profile negative news from Europe might be needed to clear this level. Short profit taking on EUR/GBP can be considered in case of a test of this key area.

From a technical point of view, the EUR/GBP cross rate consolidates following the sell-off that started in February. Early May, the key 0.8068 support was cleared. This break opened the way for a potential return action to the 0.77 area (October 2008 lows). Mid May, the pair set a correction low at 0.7950. From there, a rebound/short squeeze kicked in. Continued trading above the 0.8100 area would call off the downside alert and improve the short-term picture. The pair tried several times to regain this area, but there were no follow-through gains yet. Of late, we looked to sell into strength for return action lower in the range. The range bottom is now coming within striking distance. So, we turn a bit more neutral on EUR/GBP shorts short term.