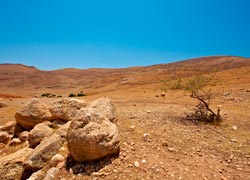 Love them or hate them, if used effectively and correctly trailing stops can be a very valuable trade management tool, particularly for swing or position traders, intraday forex traders can also enjoy many of the benefits.

Perhaps the biggest ‘mistake’ new users to the phenomena of trailing stops make is putting their trailing stops too close to the current price. Whether using a dynamic or fixed trailing stop, keeping trailing stops too tight will inevitably result in lost pips and profits. One valuable use of trailing stops could be to prevent a major gain turning into a potential loss or break-even trade. For example, if a trade is a hundred pips up and the trail has ‘shadowed’ price by 25 then a fall of circa 25 pips from the peak will cause the trade to close with 75 pips profit. Likewise if you trail a swing trade with a fifty pip trailing stop and you experience a retracement of 50 pips you would still lock in 50 pips or 50% of the move.

However, you could be left frustrated if the trade retraces by 25 in our ’25 example’ and then pushes on further and you could have made 150 pips+. Part of the art of using trailing stops is to determine an average based on your experience which suggests if price retraces by Y, having reached a high of X, then the momentum of the trade has probably finished. As always the word “probably” is key given none of us can predict, with any degree of certainty, what will happen in the FX market at any given time.

The other major issue with trailing stops is to establish which time frame and which trading ‘style’ is most effective and gets the best out of this trading tool. Traders may consider the retracement by a certain percentage of a swing or position trade to be the right point at which to have a trailing stop activated. However, if day trading and aiming for thirty pips, or scalping aiming for five pips, a trailing stop will often be taken out through normal market noise in most trading ranges.

Using a trailing stop theoretically allows you to let your profits run while cutting losses concurrently and potentially locking in those profits as price moves in your predicted direction, or protecting a proportion of your gains should price reverse. Trailing percentage or pip stop orders are offered by most online brokers by way of the platforms the broker promotes. Trailing stop orders work in a ladder or ratchet effect; trailing price movements by a set percentage or most commonly a pip value in the direction of the trend. If price reverses direction, the stop remains at its previous level and will be activated if price reverses by the trailing percentage or pip value selected.

Trailing a stop-loss can have both a positive and negative impact as an addition to your edge and system in a trading plan. They can be difficult to apply to and work with on currency pairs that are likely to be highly volatile. If the pair moves erratically and a stop-loss is set too closely to the current price, it may force an inappropriate trade close. In those circumstances, a limit of 20% or more may be more appropriate. On the plus side, if traders feel the need to protect capital as their first objective selling when price moves against the trade is a vital method of capital preservation. You are virtually guaranteed to keep your losses to a minimum by using trailing stops.

To use a trailing stop-loss, set a number of points or percentage below your current pair’s price. This will be your minimum; the automatic trigger to sell if the price is breached. However, should the pair’s price rise, your stop-loss is moved upwards in the same ratio as the pair’s price. Therefore, your trigger will still be (for example) 15% below the current price, but that will be higher than it was previously. The further price rises, the further up the ‘ladder’ the trigger is reset. This has the effect of locking in the majority of profits. Should the price go into reverse, you sell at your new higher level, but if the price keeps rising and rising, you get to profit from those gains.

Example Trade
So now we all know what a trailing stop is defined as let’s look at ways to make them work for us by using a basic example. Using a standard fixed trailing stop if you ‘buy’ (go long) on EUR/USD at price 1.3500 when the trade is opened, choosing a Trailing Stop distance of 50 points. The trailing stop initially sits 50 points behind your opening price, at 1.3450.

Let’s imagine that our Euro trade improves versus the Dollar. Very soon our price has risen to 1.3510 (10 points above your opening price) the stop ‘steps’ up by 10 points if a dynamic trailing stop to 1.3460 to re-establish a 50-point distance from the new market level. The rally continues and by lunchtime EUR/USD is trading at 1.3600. The stop has therefore moved automatically and now there’s a healthy potential profit (100 pips) with the trailing stop waiting 50 points behind at 1.3550. Even with a worse case scenario, huge news event causing antagonistic sentiment to your position, the stop has locked in 50 pips.

That event occurs; an announcement is released that the Eurozone bond debt crisis contagion has worsened with Italy’s ten year bond spiking to 8%, this sends the Euro plummeting and within seconds the EUR/USD is trading back down at 1.3530. The trailing stop has been triggered, the position is now closed 50 points below the recent high at 1.3600 but still well above the opening price of 1.3500. Despite price now being back to 1.3530 price hit the trailing stop at 1.3550 locking in 50 pips profit.

With a conventional stop order, unless moving it manually, the trade could still be live with a smaller ‘in play’ profit. By contrast with a trailing stop a trader is able, in this scenario, to not only profit despite the volatile market but also to ensure that they’ve taken fifty percent of the move out of the market.

Just one caveat, trailing stops can be subject to slippage and therefore could result in losses that exceed your initial deposit should the market move sharply against you. Deliberately using trailing stops to attempt to take advantage of times such as the NFP jobs payroll once a month would not be the wisest move given the market may move too fast for the trailing stop to be executed.

« Déjà Vu, The Uncanny Sense That We've Been Here Before Land Of The Free, The Brave, And The Ignored Living In Abject Poverty »