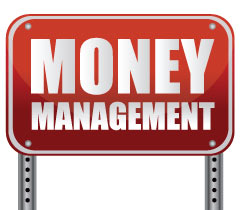 The Mathematics of Money Management in Forex Trading

As Forex traders we have to come to terms with the elements of trading that are completely out of our control. In order to progress we have to accept, (even begin to embrace), that lack of control very early on in our personal trading evolution. Price is obviously the most prominent trading factor bar none and equally there's one immutable fact, price is a trading factor that we have absolutely no control over. For us to become successful forex traders we have to accept that we have no control over what price will do, we can only take a position in our chosen market based on our interpretation of probability. The risk in the market is not what we want it to be. The risk is what the market imposes upon us.

That probable outcome and our 'judgement call' can be underscored by; pattern recognition, indicators, price action, waves, fundamental news or a combination of several of the aforementioned mentioned mechanisms. However, using any of the aforementioned does not guarantee success, only underpinning the technique with sound money management will create long term success.

Many new traders use the phrase "I was right" when an individual trade is successful. However, you're not right or wrong, if you reduce trading down to being right or wrong, whilst accepting that price is not under your control, how can you be right? Can a trader who accepts the factor of probability underscoring his or her performance genuinely give themselves credit for being right, or moreover should they in fact credit themselves with sticking their plan? You cannot realistically give yourself credit for 'guessing' right, but you can congratulate yourself for planning your trades and trading your plan.

There are aspects of trading that we can control, emotions being one, we can also control risk per trade and control that risk almost to the pip by using mathematics. We can control; stops, limits, percentage losses of our accounts per day, per week, per month. In order to be successful it's incumbent on us to leverage that single and most important element of control we can have over our trading.

Ralph Vince has written several theoretical books on the topic of money management in trading. He illustrates, time and time again, that there's a mathematical certainty you will go broke if you don't trade systematically by controlling risk. Another celebrated trading mind, Van Tharp, has dined out several times on the strength of the following anecdote concerning Ralph Vince's theory of money management…

"Ralph Vince did an experiment with forty Ph.D.s. He ruled out doctorates with a background in statistics or trading. All others were qualified. The forty doctorates were given a computer game to trade. They started with $10,000 and were given a 100 trials in a game in which they would win 60% of the time. When they won, they won the amount of money they risked in that trial. When they lost, they lost the amount of money they risked for that trial. This is a much better game than you’ll ever find in Las Vegas.

Yet guess how many of the Ph.D’s had made money at the end of 100 trials? When the results were tabulated, only two of them made money. The other 38 lost money. Imagine that! 95% of them lost money playing a game in which the odds of winning were better than any game in Las Vegas. Why? The reason they lost was their adoption of the gambler’s fallacy and the resulting poor money management." -Van Tharp.

The purpose of the study was to demonstrate how our psychological limitations and our beliefs about random phenomena are the cause of why at least 90% of people who are new to the market lose their accounts. After a string of losses, the impulse is to increase the bet size believing that a winner is now more probable, that's the gambler's fallacy because in fact your chances of winning are still just 60%. People blow up their accounts making the same mistakes in the forex markets that Ralph Vince witnessed in his experiment. With sound money management, you can easily avoid these pitfalls, building your account's size while facing far worse trading odds than the 60% player advantage in Vince's computer simulation.

Most traders are 'wrong' more than 50% of the time. Successful traders can be right on 35% of their trades and still build profitable accounts. The key is to cut your losses short and let your profits run. A basic performance ratio proves the point. If a trader loses money on 65% of his trades, but stays focused and disciplined following a bullet proof stop-loss rule and aiming for a 1:2 ROI, he should win through. Thanks to the discipline of cutting losses short and letting profits run, the trader wins through, even though most of his trades end in losses.

Money management begins before you buy a security. It starts with position sizing, limiting the size you risk on any single trade to a percentage of your total trading capital. There is always the risk that a position will collapse before you can execute your stop-loss rule so why not always trade with one? Price can 'gap' at the open because of fundamental news and such events are more likely than most traders suspect. If the odds are only 1 in 100, or 1%. The more you trade, the more likely that event will occur. The probability of that event occurring over the course of 50 trades is 50%. The most successful traders rarely risk more than 2% of capital in a single trade. Many pros set the bar as low as 1% or 0.5% if scalping.

Let's use a nominal €100,000 trading account. If the account holder sets the maximum loss per trade at 1% of the total capital, he would cover any losing position before the account drawdown exceeds €1,000. Position sizing has another valuable benefit. It improves on gains during winning streaks. It curtails losses during losing streaks. During winning streaks, your capital grows, which slowly leads to larger position sizes. During losing streaks, position size shrinks with your account, leading to smaller losses.

Many people lose accounts doing the exact opposite. They take bigger positions after losing trades and incur bigger losses. When they win they shrink the size of their trades, clipping their gains. Such behaviour stems from the gambler's fallacy, according to Van Tharp, a research psychologist who has studied the trading systems and habits of thousands of traders.

He defines gambler's fallacy as the belief that a loss is due after a string of winners and/or that a gain is due after a string of losers. That gambling analogy also reveals a gambling mentality; the trader believes his 'luck will change' and each losing bet or trade brings him closer to the elusive winner, in fact luck is irrelevant and if the mathematical nature of trading is emphasised more than the trading strategy the outcome is far more likely to be positive.

There is a position size calculator freely available on FXCC Trading Tools page. Using an arbitrary account level here's a demonstration of the calculation;

There's a link to position trade calculator at the foot of this article, it's worth bookmarking it. For relatively inexperienced traders the importance of position size cannot be underestimated, there's plenty of us that will confess that it took us some time before we discovered the importance. If we've managed to catch you early in your trading evolution with this small piece of education and advice then we'd consider it a job well done.