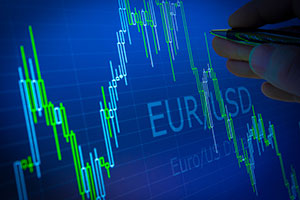 Morning Roll Call; Between The Lines

As we predicted in our early morning call Thursday was dominated

by the president of the ECB, Mario Draghi, giving his conference speech. This came after the announcement was made via Eurostat that base interest rates, in particular the deposit rate, would remain static. The bullish speech delivered by Mr. Draghi, with specific reference to the Eurozone recovery – which Mr. Draghi has boldly predicted will recover in 2013, caused the market to react very positively to such a fundamental and critical news pronouncement. EUR/USD continued the trend it has developed since late May and reached a four week high during the New York session. MrDraghi also made a commitment that there would be no further monetary stimulus required, which also helped the currency pair to propel to this four week high.

The euro has strengthened 3.9 percent this year, the best performance (after the dollar) amongst the ten developed-market currencies tracked by the Bloomberg Correlation-Weighted Indexes. The greenback has gained 4.3 percent and the yen has fallen 10 percent. The pound advanced for a second day versus the dollar, continuing the new trend evident since 31st May. Bank of England policy makers in the monetary policy committee, at Sir Mervyn King’s last act as governor of the BoE, agreed to keep their key interest rate at 0.5 percent and their target for bond purchases at £375 billion pounds at their meeting in London.

The rise of the euro and sterling versus the USD on Thursday appeared to spook USA policy makers, so much so that Charles Irving Plosser, the president of the Federal Reserve Bank of Philadelphia, thought it prudent to announce late afternoon that terminating the Fed’s latest round of quantitative easing, Q.E.3 may happen earlier than thought.

The original target, as applied by the Fed Chairman Ben Bernanke, was for Q.E.3 to be loosely pegged to hitting an unemployment target of 6.5%, which on current projection would require the creation of circa two million new full time jobs. However, that loose unemployment target appears to have been dropped from the Fed’s script and press narrative lately, as Fed officials appear to becoming nervous with regards to the recent dollar falls versus its major peers. But can the Fed have it both ways; a continual rise in equities whilst the dollar rises continually? Having breached 100 over recent weeks dollar yen fell to 97, the loss contained primarily in the afternoon session were two hundred pips was scrubbed off the value.

Key fundamental data releases for Friday that investors and traders should be aware of.

Naturally the NFP figures takes the spotlight in terms of the high impact data releases on Friday. However, combined with the NFP release we have the Canadian unemployment figures which, for those in our community who trade the Loonie (Canadian dollar), should also be monitored closely. The Canadian unemployment rate is predicted to remain at 7.2% with a modest rise in employment prospects and jobs created of circa 16,500, an increase from the previous month of 12,500.

And so to the NFP report. On the back of recent optimistic figures from Challenger Grey and the ADP figures that came in according to economists’ predictions, the expectation is for a modest 167K jobs to be created and the unemployment rate to remain static at 7.5%. Should these figures prove to be pessimistic, and the jobs number comes in closer to 250K with a consequential fall in the unemployment level, the dollar could gain strength versus its major peers and cross current pairs.

« What Happens When (If) Interest Rates 'Normalize'? Is France Stoking The Fires of a Manufacturing Led Recovery? »