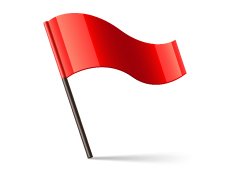 The DJIA equity index future is up marginally by 0.04%, the SPX up 0.02% and the NASDAQ up 0.07% suggesting a positive opening for the USA markets in the afternoon.

The euro rose to a two-week high versus the yen after Germany’s Bundesbank said the European Central Bank’s pledge to keep borrowing costs low doesn’t rule out higher interest rates in order to curb inflation.

The single currency advanced versus most of its sixteen major counterparts as Germany’s central bank said in its monthly report that forward guidance “doesn’t rule out an increase in the benchmark rate if greater inflation pressure emerges.” The yen weakened for a second day versus the dollar as Japan reported a trade deficit.

The loonie has lost 0.7 percent this year versus nine developed-nation currency peers tracked by Bloomberg Correlation-Weighted Indexes. The U.S. dollar has gained 4 percent, the euro has rallied 5.3 percent. Canada’s dollar traded in the narrowest range since May before reports this week are released forecasting retail sales shrinking and Canada’s consumer price index remaining below the central bank’s inflation target for a 15th successive month.

As investors and traders get their feet under their desks early Tuesday morning they’ll have already felt the impact of Australia’s RBA monetary committee minutes. It’s a detailed record of the RBA Reserve Bank Board’s most recent meeting, providing in-depth insights into the economic conditions that influenced their decision on where to set interest rates. If it’s more hawkish it’ll be beneficial for the Aussie versus its major currency peers.

Thereafter Tuesday is relatively quiet for high impact news events. Japan’s all industry activity will also be published in the early morning/overnight Asian session, the expectation is for a fall to -0.6% from the previous month’s 1.1%. Any significant departure from this prediction could once again bring into question the much fabled Abenomics strategy of Japan’s economic minister and prime minister.