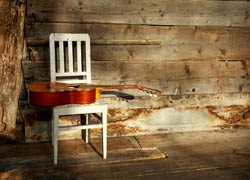 Monday Blues For The US

Stock exchanges dropped at the start of trading on Monday, as traders finally had a chance to react to Friday’s disappointing and confusing jobs report. The major indices showed substantial moves to the downside, pulling back further off their recent highs.

The report showed that employment increased by 120,000 jobs in March, while economists had expected the addition of about 201,000 jobs. The US needs to create a minimum of 200,000 jobs per month to stay even. Despite the weaker than expected job growth, the unemployment rate unexpectedly edged down to 8.2 percent in March from 8.3 percent in February. With the unexpected drop, the unemployment rate fell to its lowest level since coming in at 7.8 percent in January of 2009.

The disappointing jobs data has led to renewed concerns about the economic outlook and inspired some traders to cash in on the strong upward move seen in recent months. Gold stocks are bucking the downtrend by the broader markets amid a notable increase by the price of the precious metal. A lower dollar signals higher gold prices.

Meanwhile, the European markets all remain closed for Easter Monday.

In the bond market, treasuries are seeing some further upside after showing a strong upward move in Friday’s abbreviated session. Subsequently, the yield on the benchmark ten-year note, which moves opposite of its price, is down by 1.5 basis points at 2.035 percent.

In early trading the greenback erased a gain against the euro and fell to a month low versus the Japanese yen on Monday, as investors returned from the Easter holiday to react to a disappointing U.S. employment report released at the end of last week.