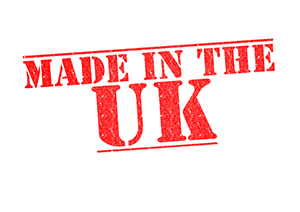 In our Between The Lines section we'd mentioned the importance of the publication of the PMIs relating to: the UK, individual European countries, the Eurozone, Asia and the USA. These data prints, published courtesy of Markit Economics, are published monthly and can give an indication as to the relative strength of any country's (or region's) economic performance. As a diffusion index any measurement above 50 indicates growth, below 50 signifies contraction. The Eurozone PMI has been released this morning and the number has been considered as good…

July PMI data signalled a welcome return to growth for the Eurozone manufacturing sector. Production and new orders both increased at the fastest rates since mid-2011, as new export business expanded and a number of domestic markets moved closer to stabilisation. The seasonally adjusted Markit Eurozone Manufacturing PMI rose to a two-year high of 50.3 in July, up from 48.8 in June and above the neutral 50.0 mark for the first time since July 2011. The PMI was also above the earlier flash estimate of 50.1.

Another PMI that yielded overall positive news, despite the failing PMI number, was the Chinese print courtesy of Markit through their association with HSBC. Chinese manufacturing unexpectedly strengthened in July, suggesting that any slowdown in the Chinese economy may be stabilising. Summarized as a single numerical value the health of the manufacturing economy Comprehensive index, seasonally adjusted HSBC China Purchasing Managers' Index value recorded 47.7, down from (48.2).

“With weak demand from both domestic and external markets, the cooling manufacturing sector continued to weigh on employment. Yet this, plus the recent weaker data, has prompted Beijing to introduce more fine-tuning measures, from tax breaks for small companies to increased spending on public housing, railway, energy saving and IT infrastructure areas. These targeted measures should boost confidence and reduce downside risks to growth.”

As we go to print the UK PMI number for manufacturing has been published and the data is extremely positive, beating many of the analysts' polled expectations of 52.8.

The upturn in the UK manufacturing economy continued to build momentum at the start of the third quarter, with growth rates for production and new orders the highest since February 2011. Although the domestic market remained the prime source of new contract wins, manufacturers also reported a solid improvement in overseas demand. The seasonally adjusted Markit/CIPS Purchasing Manager’s Index rose to a 28-month high of 54.6 in July, up from a revised reading of 52.9 in June (originally published as 52.5). The PMI has remained above the neutral 50.0 mark, signalling expansion, since April, with its level improving in each of the past five months.

Base rates in Europe and the UK combined with basic commentary

The next high impact news events on the calendar are the base rate decisions from the UK and the Eurozone, combined with any indication that the asset purchase facility of the BoE will be increased. Similarly analysts and traders will be looking towards both the BoE and the ECB for any code in the accompanying press conferences as to whether or not any significant policy change is on the horizon. The expectations is that the asset purchase facility for the UK and the outright market transaction programme for the E.U. (OMT) will be maintained at its current levels, (no increase) whilst the base rates for both central banks will also remain static at 0.5%

Asian Pacific markets enjoyed a mostly positive session during the overnight/early morning session and that mood of optimism has continued into the European session. The Nikkei index closed up 2.47%, the Hang Seng closed up 0.94% and the CSI closed up 2.39%. The ASX closed up 0.19%.

The DJIA equity index future is currently up 0.51%, the SPX equity future up 0.57%, whilst the NASDAQ future is up 0.54%, suggesting that at the New York bell the main USA indices will open positively.

Looking at the daily chart for EUR/USD, using Heikin Ashi as the preferred candles, investors are displaying the classic indecision as indicated by the prominent doji daily candle. The euro has fallen from its six-week high versus the dollar due to the belief  that European Central Bank President Mario Draghi will announce that policy makers will keep interest rates low after a meeting today.

« Between The Lines; morning roll call It’s all so 2005/2006 for the UK construction industry and house prices. »