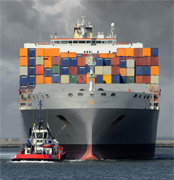 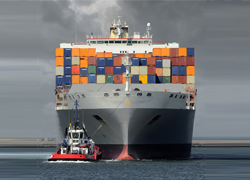 There were several high impact news events released in the overnight and early morning trading session that have positively affected market sentiment. We received the latest data courtesy of China’s General Administration of Customs, Australia’s unemployment rate and employment numbers and the statement from the Bank of Japan regarding their monetary stimulus combined with their version of forward guidance. This morning we’ve received the latest export data from Germany.

China published much stronger than expected trade data trade in the early morning/overnight session easing fears over a slowdown in the world’s second largest economy. Chinese exports rose more sharply than forecast, by 5.1% in July compared with a year earlier, while imports surged 10.9% resulting in a $17.8 billion trade surplus, the General Administration of Customs said today in Beijing. Shipments abroad compared with the median estimate for a 2 percent increase in a Bloomberg News survey of 45 analysts and June’s 3.1 percent drop. Forecasts ranged from a decline of 4 percent to gain of 8.8 percent.

Bank of Japan will refrain from adding to its stimulus

At the monetary policy meeting held today, the Policy Board of the Bank of Japan decided, by a unanimous vote, to set the following guidelines for money market operations for the intermingling period: The Bank of Japan will conduct money market operations so that the monetary base will increase at an annual pace of around 60-70 trillion yen. With regard to asset purchases, the bank will continue with its current guidelines and target.

The Nikkei index fell in the overnight/early morning session and closed down by 1.59% after the BOJ meeting and accompanying statement. The Hang Seng closed up 0.31%, whilst the CSI closed down 0.17%. The Aussie index the ASX 200 closed up 1.07%

The euro rose 0.2 percent to $1.3357 early in the London session after climbing to $1.3369, the highest witnessed since June 19th. The 17-nation shared currency was little changed at 128.44 yen. The yen has risen 0.2 percent to 96.14 per dollar after appreciating to 96.10, also the strongest level witnessed since June 19th. The euro has strengthened to a seven-week high versus the dollar after a government report showed German exports increased in June, adding to signs that the Eurozone’s largest economy is improving. The euro has strengthened 5.6 percent this year, the best performer of ten developed-market currencies tracked by the Bloomberg Correlation-Weighted Index. The dollar has gained 4.2 percent in the same period, whilst the yen tumbled 7.1 percent.

The Australian dollar jumped 0.8 percent to 90.68 U.S. cents after advancing to 90.89, the highest since July 30th. The Aussie has advanced for a fourth day versus the U.S. currency as traders cut their bets that the Reserve Bank of Australia will lower the benchmark interest rate in their next meeting. The currency fell marginally after a report showed Australian employers cut workers last month. Chinese imports gained 10.9 percent in July compared with a year earlier helping the Aussie ASX 200, the General Administration of Customs said, after unexpectedly falling 0.7 percent in June.

Sterling gained 0.2 percent to $1.5515 early in the London session, after rising to $1.5531 yesterday, the highest since June 21st. Sterling appreciated 0.1 percent to 85.99 pence per euro after reaching 85.79 pence yesterday, the strongest level seen since July 10th. The pound approached a seven-week high versus the dollar after the Bank of England stated yesterday that U.K. inflation won’t slow to its 2 percent target until the end of 2015. The pound has risen 1.7 percent in the past three months, according to the Bloomberg Correlation-Weighted Index that tracks the ten most developed-nation currencies, amid signs the economy is recovering. The euro strengthened 3.4 percent and the dollar has gained 1.8 percent.