UK inflation falls to 2.8%, German inflation is 1.9%, ZEW index posts at 42 and the Nikkei rose on optimism that corporate tax rates will be slashed as part of Abenomic push. 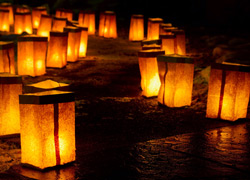 Many commuters will have missed the irony that on the day the UK’s inflation figure is published rail fares for UK commuters are set to rise by 4.1% in January 2014. The notorious CPI inflation figure also neglects to include housing costs such as: rent or mortgage payments and the things you cannot do without; home energy costs such as heating, food, etc. Whilst the headline figure is skewed by reductions in ‘optional extras’, such as electronics that advances in technology makes cheaper year on year. Small wonder that many in the UK simply ignore the inflation figures as thinly veiled govt. propaganda…

However, further ammunition was delivered this morning, to the analysts and market commentators who believe that the UK is gradually crawling out of the deepest and longest recession on record. The annual rate of inflation fell to 2.8% in July, from 2.9% in June according to the the UK’s Office for National Statistics’s Consumer Prices Index. The reading was in line with the economists’ polled expectations. The Retail Prices Index fell to 3.1% from 3.3% in line with forecasts.

The largest drivers of the fall were air fares, plus price movements in the recreation and culture sectors, and the clothing and footwear sectors. A rise in petrol and diesel prices partially offset the fall, the ONS said. Despite the fall, CPI inflation remains above the Bank of England’s 2% target.

The German ZEW index has been published at the time of writing and has posted a rise to 42.0 from 36.3 the preceding month. The index has risen consistently in 2013 as Germany once again has avoided the ravages of the surrounding economic maelstrom engulfing much of the Eurozone.

’s rise. This is also reflected by the strong increase of economic expectations for the eurozone. Furthermore, the economic optimism is supported by the robust domestic demand in Germany.”

Japan’s Nikkei rebounded strongly after poor GDP numbers forced the index lower on Monday. The Nikkei closed up 2.6% on Tuesday. Rumours are rife that Prime Minister Shinzo Abe is considering a corporate tax cut to offset the potential drag of a planned sales tax hike. Reports overnight suggested Abe is considering lowering the rate, which at 38% is one of the highest in the industrial world. Drastically cutting the rate would lead to increased capital expenditure, an area which has been dragging growth in Japan downwards. However, the flip side is that govt receipts would also fall dramatically, creating a delicate balancing act for the BOJ and Japan’s government.

As previously mentioned the Nikkei index rose sharply on the expectations that Japan will slash corporate tax rates. The index closed up 2.57%. Elsewhere in Asia both the Hang Seng and CSI closed up, by 1.21% and 0.27% respectively. The Aussie index, the  ASX 200 closed up 0.96%.

European markets are up on the positive overnight news and the increased sentient index from Germany and the in line with expectation figures for UK inflation. The STOXX is up 0.48%, the UK FTSE is up 0.64%, the DAX up 0.86%, the IBEX up 0.57% and France’s CAC index is up 0.41%.

The yen weakened by a round one percent to 97.82 per dollar early in the London session, this represented the biggest one-day decline since Aug 1st. Japan’s currency also slumped slid 0.9 percent to 130.07 per euro after depreciating 0.4 percent yesterday. The euro was little changed at $1.3297.

The yen fell versus the greenback due to the aforementioned rumours circulating in Japan regarding corporate tax cuts, thereby damping demand for safer assets. The yen has tumbled by circa nine percent in 2013, the second worst performer after Australia’s dollar amongst the ten most developed-nation currencies tracked by Bloomberg’s Correlation-Weighted Indexes. The euro has advanced 5.1 percent and the U.S. dollar has strengthened 4.2 percent in the same period.

Australia’s currency lost 0.4 percent to 91.14 U.S. cents early in the Sydney session from Monday. The kiwi dollar dropped 0.5 percent to 79.76 U.S. cents. It posted a 2.6 percent weekly gain on Aug 9th, the most witnessed since December 2011. The Aussie slid versus 14 of its 16 major peers ahead of the private report on domestic business confidence that could affect the outlook for the Reserve Bank of Australia’s monetary policy. New Zealand’s dollar declined for a second day after completing its biggest weekly climb since 2011.