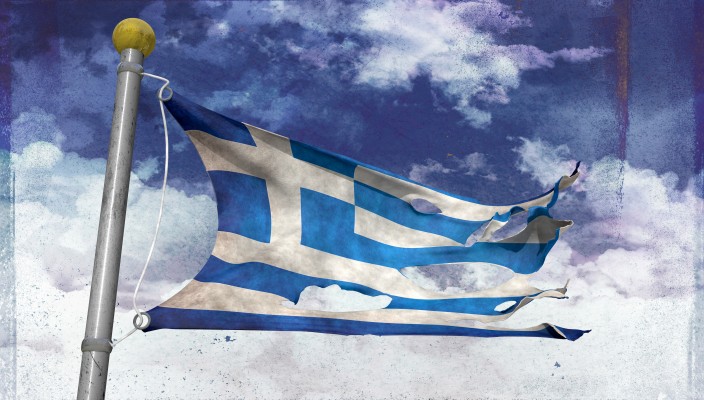 Between The Lines, morning roll call

Aug 13 • Between the lines • 1996 Views • Comments Off on Between The Lines, morning roll call

Greek GDP has fallen by 4.6% in the second quarter, compared with the same period in 2012. The figure was significantly better than the 5% contraction predicted by the economists polled by Bloomberg and better than the 5.6% contraction experienced in the first quarter. However, it was the 20th successive quarter of contraction that Greece has suffered, but the slowest rate since the third quarter of 2011 according to the Greek statistics agency. The impact on the Athens stock exchange was considerable; the main index, the ASE, closed up 2.12% with the belief amongst many speculators and market analysts that Greece’s long recession may be finally bottoming out. But with the latest official unemployment figures being at record highs that ‘recovery optimism’ may be very premature…

Looking ahead to tomorrow, official data is expected to show annual UK inflation slowed modestly to 2.8% in July from 2.9% in June. Economists are predicting that the June Consumer Prices Index will actually prove to be the peak, with inflation potentially falling below the Bank of England’s 2% target as early as 2014. Clothing and food prices are expected to have dragged on the inflation data in July.

U.S. Budget Gap Has Shrunk in Year Through to July on Higher Revenue

The U.S. government posted a thirty eight percent smaller budget deficit in the ten months through to July than the year earlier, and this despite the shortfall of last month being wider than economists had forecast, according to the Treasury Department. Outlays exceeded receipts by $97.6 billion last month, compared with a $69.6 billion shortfall in July 2012, the Treasury reported in Washington on Monday. The result compared with the $96 billion median estimate in a Bloomberg survey of economists.

The greenback increased by 0.3 percent to $1.3305 per euro in the afternoon trading session on Monday. The dollar climbed 0.6 percent to 96.79 yen after gaining 0.7 percent. Japan’s currency dropped by 0.3 percent to 128.78 per euro. The dollar gained versus the majority of its sixteen most-traded peers before U.S. data is forecast to show today that retail sales rose for a fourth consecutive month, perhaps allowing the Federal Reserve the room to reduce its monetary stimulus of $85 billion per month.

The Bloomberg U.S. Dollar Index added 0.3 percent to 1,020.43 late in the New York  session after adding 0.4 percent, the biggest intraday gain witnessed since Aug 1st. The yen has slumped 20 percent over the past 12 months, by some distance the worst performer amongst the 10 most developed-nation currencies tracked by the Bloomberg Correlation-Weighted Indexes. The euro has strengthened 11 percent and the dollar has appreciated 1.3 percent.

Switzerland’s franc fell versus the greenback during the Monday trading sessions due to the Swiss National Bank Vice President Jean-Pierre Danthine stating that the central bank will abolish its ceiling on the currency once it starts raising interest rates. The franc fell 0.3 percent to 92.54 centimes per dollar after declining the most since Aug 1st. The currency was at 1.2313 per euro.

Canada’s currency depreciated 0.2 percent to C$1.0307 per U.S. dollar late in the Toronto session after gaining to C$1.0281. It touched C$1.0276 on Aug 9th, the strongest level witnessed since Aug 1st. One Canadian dollar currently buys 97.02 U.S. cents. The loonie has strengthened over the past five weeks from the twenty one month low of C$1.0609 on July 5th. The loonie rose 0.5 percent to 94.29 Canadian cents per Aussie dollar after losing 2.3 percent last week, the most lost since October 2012.

Sterling appreciated 0.1 percent to 86.01 pence per euro late in the London session after advancing to 85.79 on Aug 7th, the strongest level experienced since July 10th. Sterling weakened 0.1 percent to $1.5476. Sterling has gained 0.5 percent in the past month, according to the Bloomberg Correlation-Weighted Indexes tracking the ten developed-nation currencies. The euro weakened by 0.2 percent, and the dollar slipped by 2.2 percent.

The pound approached the highest level in a month versus the euro after an industry report revealed that British banks boosted mortgage approvals in June, adding to evidence the UK’s weak recovery might be gathering pace.

The UK inflation figures are published in the London morning session, the prediction is for a moderate fall from 2.9% to 2.8%. The retail price index is predicted to fall from 3.3% to 3.1%.

The German ZEW sentiment index is published in the morning trading session, the expectation is for a rise to 40.3. This survey of about 275 German institutional investors and analysts which asks respondents to rate the relative 6-month economic outlook for Germany. It’s a leading indicator of economic health – investors and analysts are highly informed by virtue of their job, and changes in their sentiment can be an early signal of future economic activity.

The high impact news events corresponding to the USA include retail sales, the prediction is for a moderate rise of 0.2%. Core retail sales is predicted to rise from 0.0% last month to 0.4%. Core sales is the total value of sales at the retail level, excluding automobiles. Automobile sales account for about 20% of Retail Sales, but they tend to be very volatile and distort the underlying trend. The Core data is therefore thought to be a better gauge of spending trends.