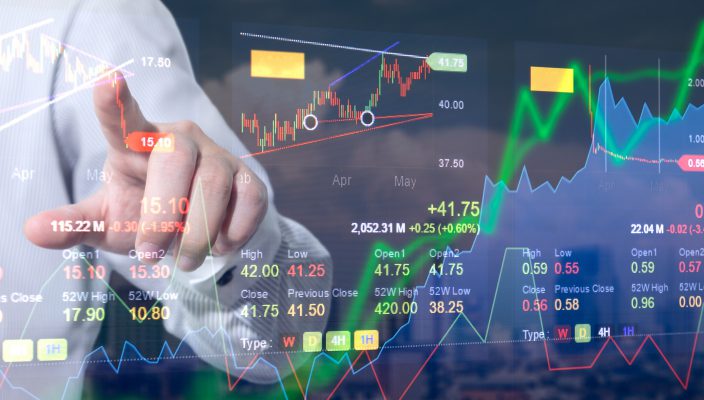 The weekly economic calendar events begins early Monday morning during the Asian session, with the publication of the latest Japanese GDP figures, Reuters expect the key metric to come in at -0.1% for the first quarter of 2019, resulting in a year on year annualised QoQ fall to -0.2%, from 1.9%. Business spending is forecast to have collapsed by -1.9% during the first quarter. Industrial production growth is also forecast to reduce. The impact on the value of yen may be significant and the ripple effect, momentum, could continue during the London-European session, if FX analysts and traders gauge the Japanese economy may be locked into a downward phase of negative growth. During the economic calendar week, focus will remain on Japan, as other data relating to the globe’s 3rd-4th largest manufacturer is published.

European data on Monday mainly concerns German producer prices, forecast to reveal a 0.3% MoM rise in April, the latest E.Z. current account will be published at 9:00am, whilst the ECB chief economist Praet will talk at a conference in London. Ben Broadbent, of the Bank of England, will speak in London. As attention turns to the USA markets, the main event of high impact relates to an appearance by Jerome Powell, the Fed chair, at a financial markets conference in Atlanta.

On Tuesday the main focus in the Sydney-Asian morning session involves the publication of the latest RBA central bank rate setting minutes, an event which could impact on the value of the Aussie dollar. AUD has experienced a sell off during recent weeks, as FX analysts and traders develop the belief that the RBA might cut the key interest rate, over the coming months. Credit card spending metrics for N.Z. will be revealed, as will store sales in Japan.

At 9:30am U.K. time a panel of Bank of England officials will speak in London, later in the morning session the CBI will publish its latest sales trends survey details. The Eurozone OECD outlook economic survey will be delivered, as is the the latest consumer confidence reading for the E.Z. forecast to fall to -7.7 for May.

USA data published on Tuesday mainly concerns the existing home sales figures, which are expected to reveal modest improvements month on month in April; to 2.7% from the -4.9% fall recorded for March. Late Tuesday evening attention turns to Japan, as the latest machine orders and import/export metrics are broadcast, Reuters forecast an improvement, which could impact on the value of yen, which will be under continual, heightened analysis throughout the week, as a volume of Japanese metrics are published.

Wednesday’s high impact economic calendar events, begin with the ECB President Draghi speaking in Frankfurt at 8:30am U.K. time, a speech which could alter the value of euro as the speech is delivered. Attention then turns to the U.K. economy, as the latest CPI figures are revealed at 9:30am U.K. time; key inflation is forecast to rise to 2.2% annually, with monthly inflation expected in at 0.7% for April. Such metrics, if the forecasts are met, could have a significant and immediate impact on the value of the U.K. pound versus its peers. Analysts will judge that the BoE is more likely to raise the U.K. base rate if inflationary pressures continue to build. The key reason for the build up is due to PPI import prices rising over recent months, a trend which is forecast to continue due to a falling pound. Various U.K. government borrowing data is also published, public net sector borrowing is predicted to reveal a sharp rise in April to £5.1b.

North American data begins with Canadian retail figures, forecast to show a modest rise to 1.0% MoM in March. Thereafter, attention moves onto the USA economy, as the latest DOE metrics concerning energy reserves are broadcast. At 19:00pm U.K. time the FOMC/Fed will publish the minutes concerning the most recent rate setting meeting, an event which could alter the value of USD and USA equity markets, depending on the content of the minutes. Analysts will be searching for unanimous decision making, in relation to monetary policy.

During the European and USA trading sessions on Thursday, the European elections will take place, an event that’s unlikely to alter the value of the euro, until the results are known and unless there’s been a seismic shift, at the heart of Europe’s politics, from centre to right. At 7:00am U.K. time a series of German data including GDP is published, the headline growth rate is forecast to remain unchanged at 0.6%. From 8:15am to 9:00am a series of PMIs for the E.Z. will be published, the tendency is for analysts and traders to take the overall pulse of the readings before the value of the euro moves, as opposed to focus on any single PMI metric for any specific country, or the E.Z. as a whole. At 12:30pm the latest ECB rate setting meeting minutes will be published.

A series of Markit PMIs for the USA will be published on Thursday afternoon, whilst new home sales in the USA are predicted to reveal a sharp reduction in April, to -2.5%. Late evening New Zealand’s latest: import, export, and trade balance figures will be broadcast, a deterioration in the balance is forecast. Japan’s lates CPI figure is forecast to reveal a rise to 0.9% YoY in April, up from 0.5%, a figure which could cause yen to rise, if FX analysts and traders deduce the BOJ are more likely to raise the key interest rate from its negative territory, earlier then previously forecast.

Reuters prediction is for a fall in U.K. retail sales, when the data is published on Friday morning at 9:30am U.K. time, monthly in April sales are forecast to fall to -0.5% for the month. The default blame-response from the mainstream media, will be directed at Brexit, as opposed to consumers being over indebted and stretched. In the New York afternoon session at 13:30pm, the latest durable goods orders for the USA are forecast to fall to -2.0% for April. Cap good orders are also forecast to slip.

« U.S. dollar index remains near two week high due to Fed suggestions inflation must be raised, whilst euro traders ponder Italian prime minister’s policy stance. How to identify risk on risk off sentiment and how to possibly trade the correlations and opportunities. »