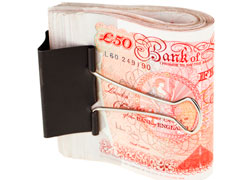 Has The UK Refused To Spend Good Money After Bad, Or Simply Buying Time And Playing To The Gallery?

Dec 20 • Between the lines • 1550 Views • Comments Off on Has The UK Refused To Spend Good Money After Bad, Or Simply Buying Time And Playing To The Gallery?

One thing’s for sure the xenophobic, Eurosceptic, lowest common denominator element of the UK press will be doing cartwheels with the news that the UK has refused to pitch in its share to provide a part rescue fund for the IMF to in turn support the E.U. The UK’s refusal will be spun as one in the eye for “Jonny Foreigner”, that the UK “has stood firm, fought its corner and done right thing for the British people”.

No doubt the UK populace will reward this lionhearted behaviour by giving the current prime minister another boost in the domestic polls. However, the reality is somewhat different, if a credit crunch occurs UK banks, particularly the state owned banks, will suffer as much if not more than the Eurozone counter parts. Not only does the IMF have many arm twisting tools in it’s arsenal of persuasion if the UK’s single biggest market (Europe) fails then so does the UK.

The UK’s refusal is also premature and proven as empty rhetoric given they know the USA couldn’t commit to the IMF fund without congress approval, similarly Germany’s Bundesbank would also require parliamentary approval before any final commitment is made. Without the approval of these two senior partners the overall fund could not be ratified.

Eurozone ministers reached agreement on Monday to boost IMF resources by 150 billion euros in order to potentially ward off the debt crisis and win support for more money from EU allies, however, it was unclear if the Eurozone bloc would reach its 200 billion euro target after Britain refused to engage.

Following lengthy conference calls, European Union finance ministers stated that currency zone outsiders the Czech Republic, Denmark, Poland and Sweden would also grant loans to the International Monetary Fund to help prop up the 17-nation zone. The increase in IMF resources is seen as one facet in a multi-pronged strategy to strengthen the euro zone’s fire-fighting capability. Another pillar is making the euro zone’s existing bailout fund, the EFSF, more flexible in how it tackles the debt debacle.

ECB President Mario Draghi praised EU efforts to forge a new ‘fiscal compact’ as a solid base for responding to the crisis, and called the euro an “irreversible” project;

“I have no doubt whatsoever about the strength of the euro, about its permanence, about its irreversibility. You have a lot of people, especially outside the euro area, who really spend a lot of time in what I think is morbid speculation, namely, what happens if? And they all have catastrophic scenarios for the euro area. But market pressure on the euro zone would be “very significant” in the first quarter, with some 230 billion euros of bank bonds, up to 300 billion in government bonds, and more than 200 billion euros in collateralized debt all maturing. The pressure that bond markets will be experiencing is really very, very significant, if not unprecedented.”

While EU leaders agreed at their last summit on the commitment to boost IMF resources, there are doubts as to whether the scheme will work, London, Washington are unenthusiastic as is Germany’s Bundesbank.

Washington cannot make bilateral loans available to the IMF without Congress approving it. There’s no chance of that and the American government has always made that clear.

Bank of America falls below five dollars per share
There are many persistent theories in the market that if/when the price of BAC falls below five dollars algorithms then have a collective heart attack causing an avalanche of selling across the board that even a plunge protection team would struggle to hold back. The stock closed at $4.99, down 4 percent, after dropping as low as $4.92. The shares haven’t closed below $5 since March 11, 2009.

Market Overview
U.S. stocks fell on Monday, halting the two-day advance, Treasuries and the dollar rose amid concern European that officials were failing to make progress in taming their debt crisis. The Standard & Poor’s 500 Index closed down 1.2 percent to 1,205.35 at 4 p.m. in New York and the Dow Jones Industrial Average decreased 100.13 points, or 0.8 percent, to 11,766.26. Ten-year Treasury yields fell four basis points to 1.81 percent. The euro lost 0.4 percent to $1.2995 as the dollar climbed against 13 of 16 major peers. The won sank to a two-month low and the Kospi Index slid 3.4 percent after North Korean leader Kim Jong Il died.

The S&P 500 has fallen 4.2 percent in 2011, now poised to snap its two-year rally, amid concern about slower global growth as European leaders struggle to solve the region’s debt crisis. Financial shares had the biggest decline in the benchmark measure this year, tumbling 23 percent.

Citigroup Inc., Bank of America Corp. and JPMorgan Chase & Co. tumbled at least 3.7 percent to help lead losses in all 24 stocks in the KBW Bank Index today. Bank of America dropped below $5 for the first time since March 2009, closing at $4.99 a share.

Oil rose 0.4 percent to $93.88 a barrel on concern that geopolitical tensions will increase as the son of Kim Jong Il took power in North Korea, while the U.S. and its allies prepared to discuss stronger measures against Iran. U.S. gold futures for February delivery closed down $1.20 an ounce at $1,596.70. Banks in the Stoxx 600 fell 0.2 percent as a group as National Bank of Greece SA lost 5 percent and Lloyds Banking Group Plc slid 4.2 percent.