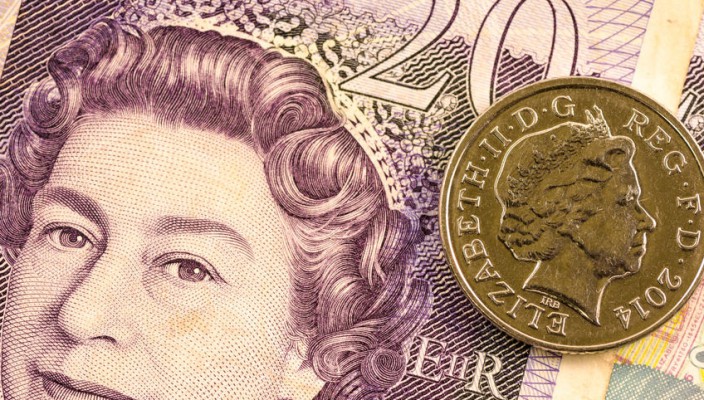 Sterling has struggled to make gains versus its peers, since the U.K. received an (up to) six month extension from the European council, taking the Brexit date to October 31st, unless the U.K. chooses to leave earlier, by way of a withdrawal deal being agreed in the U.K. Parliament. Retail sales for the U.K. came in ahead of forecast during Thursday’s sessions, rising by 1.2% (excluding auto fuel) during the month of March. The rise took analysts by surprise, but had very little impact on the value of the U.K. pound versus its peers.

Volatility trading in GBP is still below the 2019 average as the intense, sterling, speculation, which Brexit generated for several months, has now dramatically faded. The U.K. Bank of England delivered a report on credit and bank liabilities, one stand out detail concerned the latest defaults for credit card users and unsecured borrowers, which has risen by circa 22% in Q1 2019. The second highest level in five years, after U.K. consumers struggled to pay for their Xmas binge.

A cursory look at a daily time frame for GBP/USD, reveals that the major pair has traded sideways, in a relatively tight range of circa 200 pips, between values of approx. 1.3000 and 1.3200 during April. On Thursday April 18th, at 21:15pm U.K. time, GBP/USD traded down -0.43% at 1.298, crashing through the third level of support, S3, during the New York session, whilst printing a low not witnessed since March 11th. Sterling mostly traded sideways versus its other peers, with the exception of GBP/JPY, as the cross pair ended the day down circa 0.51%.

The fall in GBP versus USD wasn’t singularly as a consequence of sterling weakness, as USD strength returned to the forex markets with a vengeance, during Thursday’s trading sessions. The dollar index, DXY, rose by 0.46% up to 21:30pm, reaching 97.45. USD/CHF traded up 0.52%, USD/CAD up 0.34%, whilst USD/JPY traded close to flat, as price fell through the 112.00 handle/round number. Fundamental economic data released on Thursday wasn’t necessarily bullish for either the USD or JPY, the safe haven appeal of both currencies was heightened by North Korea recommencing missile tests, in spite of the supposed truce with the USA.

A slew of data relating to the USA economy was published on Thursday, several releases missed forecasts, including various Markit: manufacturing, services and composite PMIs. Similar to the U.K. the retail sales figures for the USA were bullish and came in ahead of the Reuters forecasts; the advanced retail sales (month on month) rose by 1.6% in March, up from -0.2% in February. The Philadelphia Fed business outlook index for April missed the forecast of 11.0 coming in at 8.5. Whilst the latest weekly jobless claims fell to a multi decade low of 192k up to April 13th, having also posted a multi decade low of 197k, during the previous week. Continuous claims also fell more than forecast.

The overall impact of the fundamental calendar releases was negligible, on the value of USA market indices, the equity markets experienced a relief rally based on a report being published which failed to prove President Trump was involved in illegal 2016 election activity, involving Russia. The markets also enjoyed a risk on wave of bullish sentiment, due to the price of Pinterest rising by circa 25%, on its stock market debut during Tuesday afternoon. Analysts and private investors appeared optimistic with regards to the tech firm’s future, based on its sales approaching $1billion, as it cut its losses by half, to circa $65m, during its last accounting period up to 2018. This is in direct contrast to some of the huge burn rates other tech firms, such as Lyft and Uber, has registered. The DJIA closed up 0.42%, with the NASDAQ closing up 0.02%.

The euro experienced a sell off across the board, during Thursday’s trading sessions, as several manufacturing PMIs missed forecasts, but French and Germany’s improved services PMIs, ensured that the overall Eurozone PMI was virtually unchanged, only falling by 0.3 to 51.3. At 22:00pm U.K. time, EUR/USD traded at 1.123, down 0.57%, as the bearish price action caused price to crash through the three levels of support. EUR/JPY suffered a similar sell off pattern, whilst the euro failed to make gains versus any of its significant peers during the day.

Friday is an Easter bank holiday in many trading zones on Friday, therefore FX traders would be advised to ensure they note the lack of volatility and lack of liquidity, during the day’s trading sessions. Similarly, the bank holiday on Monday could see a distinct lack of activity.

There are no economic calendar events scheduled for release pertaining to the U.K. or Eurozone economy on Friday April 19th, whilst from the USA, the only significant data listed involves housing data. Housing starts and permits are forecast to make improvements, according to Reuters forecasts, when the data is published at 13:30pm U.K. time.

« Why and how position trading in the FX market can work, if you use zero fee accounts. USA GDP and interest rate settings from the Canadian and Japanese central banks, are the stand out economic calendar events of the week. »