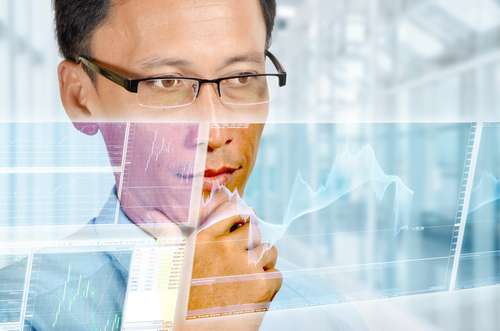 What is forex? Forex is such an encompassing term that when you ask anyone for a definitive explanation of what it is, he goes through a litany of explanations that confuses more than explain what is forex really all about. Indeed, forex is such an overwhelming topic to discuss that so many things come to mind with the mere mention of the word.

But what really comes to mind when the word forex is mentioned is the speculative buying and selling of different currencies with the hope of gaining profit from the changes in the rates of exchange between currencies. This practice of money changing has been in existence since the Biblical times. The concept of people helping other people to change or convert money for a fee or a commission has been mentioned so many times in the Bible, particularly appearing in the Court of the Gentiles during feast days where they set up stalls and cater to visitors from other lands who come not only to join the local festivals but to buy goods from local merchants as well.

From ancient Biblical times to the 19th century, money changing has been a family affair with certain families evolving as respectable and trusted money changers holding a monopoly on foreign exchange transactions at various intervals in our history and in various places in the world. An example of this is the Medici family of Italy during the fifteenth century. The Medici family even opened banks in various foreign locations to cater to the foreign exchange needs of textile traders. They arbitrarily set the rate of exchange and commanded quite an influence on determining the strength of every currency.

To remedy this, countries like the UK resorted to minting gold coins and using them as legal tenders. It was in the 1920’s when countries started adopting the gold bullion standard where currencies or legal tenders were pegged a value of gold held in reserve by the central banks. These legal tenders can be redeemed for the gold that backed them up which in turn created more problems as the outflow of gold reserves increased due to the redemption of legal tenders. With the two world wars depleting the gold reserves of the countries at war, the gold standard had to be abandoned with many of these countries turning their money into fiat currencies.

After the Second World War, the US was the only country whose gold reserves remained intact. The major super powers met in 1946 and came up with the Bretton Woods Agreement under which their currencies were pegged against the U.S. Dollar which guarantees its convertibility into gold anytime.  But the dwindling gold reserves held by the U.S. as countries started redeeming their dollar hordes for gold worsened by the shrinking supply of gold eventually forced the U.S. to abandon the gold standard and turned the dollar into a fiat currency like the rest of its trading partners. This in effect introduced the floating rate system of determining the rates of exchange between currencies and allowed each currency to seek its level according to supply and demand levels. The floating rate of exchange injected volatility into the market allowed natural market forces to dictate the rates of exchange that we are experiencing in what is forex today.