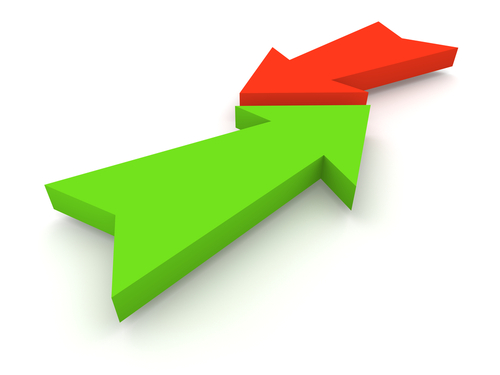 It cannot be denied that while most people are spending much time talking about the finally-unveiled aspirational gadget that is the Apple iPhone 5, those who mainly make money through the currency market are enthusiastically discussing all sorts of forex news. As a matter of fact, true forex traders never fail to remain updated about the “hottest” events in the global economy, as every bit of information would allow them to further improve the accuracy of their predictions. With this in mind, it becomes clear that such individuals should definitely continue reading on, as there is no simpler way of discovering the latest news in the world of forex.

Those who mainly prefer to trade the Canadian Dollar against other currencies would surely be pleased by the following forex news: the currency remains strong due to a myriad of reasons. For one, the US Dollar is still considered by many to be synonymous with uncertainty, which in turn means that more and more people end up focused on its Canadian counterpart’s stability. Aside from this, the Canadian economy is being “boosted” by its impressive employment figures while the American economy continues to be slowed down by concerning numbers. Indeed, the US Dollar’s downfall tends to “augment” the Canadian Dollar’s worth.

It should be pointed out that Great Britain’s economy is undergoing a period of “strengthening” as well. As a matter of fact, most forex news releases regarding the Pound Sterling are highly encouraging. Most importantly, it has been recently revealed by analysts that the house prices throughout Great Britain have increased moderately, which in turn triggered a slight boost in the aforementioned currency’s value. This essentially means that even though some are considerably worried about the entire European region’s inability to counteract the effects of economic decline, Great Britain’s economy continues to show signs of improvement.

Unlike the “optimistic” forex news updates discussed above, the latest piece of information regarding the Swiss Franc is a bit disappointing. In particular, given that its main competitors have recently exhibited noteworthy improvements, Switzerland’s currency is slightly losing its edge in the currency market. With this in mind, it becomes clear why the Swiss National Bank is considering the possibility of changing some of its policies, especially those that pertain to the existing price ceiling, so as to “enhance” the country’s economy. One should keep in mind however, that the US Dollar remains “weaker” than its Swiss counterpart.

As made clear, the most recent news updates represent both impressive improvements and disappointing declines. To reiterate, the Canadian Dollar remains strong due to Canada’s “encouraging” employment data and America’s lack of capability to strengthen its currency. In a similar sense, the Great Britain Pound is currently showing signs of improvement, which partially stems from the fact that house prices throughout the region are beginning to increase. On the other hand, the Swiss Franc is entering a phase of “weakening” as other currencies are beginning to show signs of “strengthening”. All in all, today’s forex news are definitely varied.