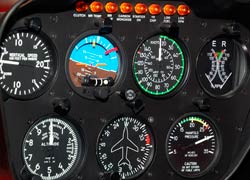 There comes a time, early on in the fledgling career of most forex traders, when thoughts will eventually turn to automation. The trader will have a ‘Eureka’ moment which generally manifests after the trader has internet ‘chatter’ with other traders with regards to using robots or EAs in order to automate trading. On first inspection it couldn’t look simpler, you have what you perceive to be an edge that’s working consistently and has a positive expectancy.

Now what if that edge, (your method and strategy), could be executed automatically on your platform without you having to engage in the laborious process of manually taking each and every trade? What if you could stay logged into your account (perhaps even 24-7) and the robot could take each and every set up whilst you kick back relax (or sleep)? No more firing up your P.C. of a morning to discover the EUR/JPY train left the station without you on board, you’d be waking up to see the pips already banked, the EA had ‘kicked in’ at 2am, took the MACD cross, supported by the rsi and the psar, with stop of 30 pips, price hits the limit of 50 pips..kapow! Job done.

This is normally the stage at which commentaries such as this move into the, “if only it was this easy” patronising narrative, whilst pouring cold water from a great height to dampen the naive enthusiasm of the fledgling trader with words such as “look, if it was that easy we’d all be automating and we’d all be zillionaires right?” Well, being equally patronising, they’d be wrong, expert advisors do and can work and given that they’re simply replicating and automating a proven strategy they have as much chance of being profitable as manually inputting each and every trade taken according to your trading plan.

However, herein lies the key to successful trading with EAs, the strategy you automate must be yours. You’re not automating a strategy to make you money, you’re already profitable or on the way to being such, you’re automating because, as a professional trader, you’ve ironed out the creases of your edge over a reasonable length of time and have now decided to automate that proven edge to ensure you’re maximising the profit potential of your strategy.

Most of us will have witnessed discussions on traders’ forums that start off with naive posters plugging a system called, for example, “ride the white swan” or “100 pips before breakfast” or “Jigsaw, this won’t fall apart out of the box”. Initially there’s glowing reports, the users can’t heap enough high praise on the robot and then, after a period of months, they go very quiet. The system is best described as “breaking even” or worse it’s described as a “con, peddled by a snake oil salesmen”. The purchasers then want their money back or they’ll “go to the authorities” and many users will continue to mope around the forums licking their open sores (in some instances for years) whilst plotting their revenge versus the vendor. There’s two mistakes they made and will continue to make unless they get a harsh reality check as to what EAs and robots can do and more importantly can’t do.

Firstly, believing a black box system will continue to work under all market conditions, given that no robot can work in both ranging and trending markets, is a huge mistake. This is partly why the forex robot market is marketed so aggressively, the robot creator knows their product has a limited shelf life which is why they push it for all its worth inside the first few weeks, months at the extreme. Many vendors will then offer version 2 or 3 as a compromise and consequence to hopefully (for their sake) cover ranging and trending markets.

Secondly, the trader has begun to descend into a rabbit hole from which there is no escape unless they put in the hours to discover what works for them. As has been discussed on this blog many times before there are no shortcuts in our industry, and buying a robot ‘designed’ by a third party, to then act as an EA on your meta trader account, activated through your preferred broker, is fundamentally and fatally flawed as a trading plan. Whilst undeniably there are robust robots for sale out there in the wild and untamed world of forex vendors that may work under certain conditions, no robot will work continually, and therefore if you don’t know how to fix it you’ll never progress either with it, or as a competent trader.

You have to ask yourself if you’re considering buying a robot “what am I buying”? The answer, for millions of buyers, is fresh air. You are buying something that you can easily construct yourself, which is exactly the same criticism experienced traders would level at any vendor system. Many robots or systems will come with a new funky thick fluorescent line you’ve never seen before in any other charting package. It’s described as their USP, their proprietary “code” when in reality they’ve simply taken 3-4 indicators and revised the settings away from the standard whilst crudely ‘blending’ the indicators into their robot.

It’s now worth noting exactly what an EA is and can do in order to establish how you can benefit from creating one to use on your Meta Trader platform. An Expert Advisor is a piece of software written specifically for the MetaTrader Platform. An Expert Advisor can just advise traders which trades to make, or can be programmed to automatically execute the trades on a live account. Expert Advisors are very flexible pieces of software that can take any information into account that is available on the metatrader platform.

They are written in their own proprietary programming language called MetaQuotes Language Version 4. The most basic form of Expert Advisor is a chart alert which can create audible and visual signals when certain conditions are met. This most basic form is not necessarily classed as an EA given it’s available to create (in a very basic fashion) on other charting packages other than Meta Trader. However, it can be an ideal recommendation as a starting point on a Meta Trader platform in the familiarisation of EA creation; you have developed an edge, combining the 3Ms, that is consistently profitable and you now wish to make an EA out of it, where do you turn to?

Despite there being a plethora of expert advisor ‘builders’ out there in ‘Google-land’ the best advice is to go to and with the experts by seeking out help on the Meta Trader forums on which you’ll find all the answers you’ll need. You’ll also find very helpful posters who may even help create your EA for free. These will be coders who know there is no Holy Grail in FX trading, so you can rest assured that they won’t steal your edge, they’ll simply offer to help and assist you as you develop your knowledge of EA creation

The irony is that there are hundreds of free to air robots on the forums, there’s been many suspicions that vendors simply lift ideas from www.mql4.com and re-package them as their own. With over 56,000 members and circa 2,000 scripts already written there are many coders on the mql4 site who will create your EA for you in return for a reasonable fee if they can’t help you gratis. If you’re at the stage of your trading evolution were you feel it’s time to look at automating your edge then a whole new vista of opportunity awaits.

« The Eurozone Crisis – a Comedy of Errors How Much? – Do You Take cheques? »