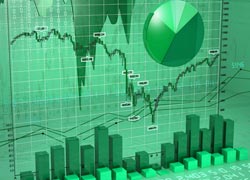 It’s extremely difficult to sum up what’s happened recently without being open mouthed. There comes a time when you begin to run out of adverbs and adjectives to either understand or explain the overall global economic situation. On the day when Greece’s one year bond yield reaches 528% the ASE, the Athens Stock Exchange index, closes 2.19% up whilst another Greek headline caught the eye – “Funds found to help Greece’s homeless”..

Greece is to spend 800,000 euros on housing and feeding homeless people amid concern about the growing number of people living on the streets of Athens and Thessaloniki in wet and cold conditions.

Health Minister Andreas Loverdos announced on Monday that 400,000 euros of public money would be given to the City of Athens and 100,000 to Thessaloniki Municipality. Another 300,000 is to be given to the Church of Greece so it can keep up its soup kitchens. The Church says it feeds some 250,000 people, not just the homeless, every day. The two municipalities are to spend the funds on renting hotels in the two cities that can house homeless people. Deputy Health Minister Markos Bolaris said one hotel in Athens had offered to provide rooms for 3 euros per night.

Bolaris added that a ministry team is working on a draft law to legally classify homeless people into several categories, including those sleeping on the streets and those who live in substandard properties.

“So how’s that hopey changey austerity thing working out for ya?”

Oh dear, we’re now beginning to get (year on year) figures on the performance of the ‘austerical deliverance drive’ and it’s not looking good, budget revenues lagged projections by €1 billion in the very first month of the year…

Revenues posted a 7 percent decline compared with January 2011, the target that had been set in the budget provided for an 8.9 percent annual increase. VAT receipts posted an 18.7 percent decrease last month from January 2011 whilst the economy continues to implode. VAT receipts amounted to 1.85 billion euros in January compared to 2.29 billion in the same month last year. As to what the figures are for money flight must be staggering and let’s be honest, who would put the cash they collect on behalf of the govt. into the honesty tin at the moment? The stunning news doesn’t stop there..

The Dow Reaches 2007 Highs
The Dow reached a figure on Tuesday not seen since May 2008 and this on a day when Ben Bernanke, Chairman of the Fed, warned that the job market is still far from healthy after signs of economic improvement over the past year. He called on lawmakers to reduce the long-term budget deficit. The percentage of the unemployed who have remained without work for 27 weeks or more rose to 42.9 percent in January from 42.5 percent in December, the Labor Department said.

Bernanke said in testimony prepared for the Senate Budget Committee;

We still have a long way to go before the labor market can be said to be operating normally. Particularly troubling is the unusually high level of long-term unemployment. Over the past two and a half years, the U.S. economy has been gradually recovering from the recent deep recession. While conditions have certainly improved over this period, the pace of the recovery has been frustratingly slow, particularly from the perspective of the millions of workers who remain unemployed or underemployed.

Shop Until They Drop
Bernanke’s comments came on the same day that the USA recent credit binge and bubble was revealed as the reason why sales, in particular of white goods and autos, have held up so well. Americans have indulged in a credit binge not seen since 2007. Non Seasonally Adjusted Credit in December 2011 exploded by $33 billion In December compared to November; the third highest in the past 18 years, second only to August 2007, which was both the peak of the market, and the peak of the credit bubble.

Merkel Asks For The UK’s Help
It wasn’t all doom and gloom on Tuesday, Angela Merkel provided much needed light relief with a suggestion that the UK could help bolster the EFSF, they’re apparently needed in the E.U. Laugh, cry, buy an open ended round the world airline ticket and just ‘drop out’? Yeah, thanks for the laugh Ange. Asking a country with a combined GDP V debt of 950% plus for assistance and to become part of such a happy club..nice one..Anyhow, back to the scores on the doors..

The S&P 500 closed up at a seven-month high. The index is up more than 7 percent so far in 2012 rallying circa 23 percent from last year’s low in October amid improving economic data and better-than-estimated earnings. The Stoxx Europe 600 Index slipped 0.3 percent, paring a loss of as much as 1 percent.

Forex Spot-Lite
The yen weakened versus all 16 most actively traded peers after Finance Ministry data released today showed Japan conducted 1.02 trillion yen ($13.3 billion) worth of unannounced intervention during the first four days of November, after selling a record 8.07 trillion yen on Oct. 31, when the yen climbed to a post World War II high of 75.35 per dollar. The Australian dollar appreciated 0.7 percent to $1.0804 after the Reserve Bank of Australia signaled optimism global economic growth will strengthen.

« The Superbowl And The Fishbowl That Is The USA Another Day, Another Deadline »