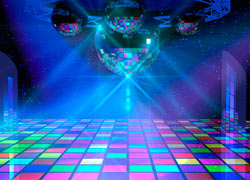 The Sunday Telegraph has reported that Britain’s Foreign Office is advising the majority of its overseas embassies to draw up plans to help expats should the collapse of the Euro turn explosive, a senior minister has revealed that Britain is now planning on the basis that a euro collapse is matter of time. British embassies in the eurozone have been told to; “draw up plans to help British expats through the collapse of the single currency”, amid new fears for Italy and Spain.

As the Italian government struggles to borrow at sustainable rates and Spain is “considering” seeking an IMF international bail-out, British ministers privately warned that the break-up of the euro, once almost unthinkable, is now increasingly plausible. Diplomats are preparing to help Britons abroad through a banking collapse and even riots arising from the debt crisis. The Treasury confirmed earlier this month that contingency planning for a collapse is now under way. A senior minister has now revealed the extent of the Government’s concern, saying that Britain is now planning on the basis that a euro collapse is now just a matter of time.

“It’s in our interests that they keep playing for time because that gives us more time to prepare,” the minister told the Telegraph.

Recent Foreign and Commonwealth Office instructions to embassies and consulates request contingency planning for extreme scenarios including rioting and social unrest. Diplomats have also been told to prepare to help tens of thousands of British citizens in eurozone countries with the consequences of a financial collapse that would leave them unable to access bank accounts or even withdraw cash.

If eurozone governments defaulted on their debts, the European banks that hold many of their bonds would risk collapse. Some analysts say the shock waves of such an event would risk the collapse of the entire financial system, leaving banks unable to return money to retail depositors and destroying companies dependent on bank credit.

The Financial Services Authority this week issued a public warning to British banks to bolster their contingency plans for the break-up of the single currency. Analysts at UBS, an investment bank earlier this year warned that the most extreme consequences of a break-up include risks to basic property rights and the threat of civil disorder.

“When the unemployment consequences are factored in, it is virtually impossible to consider a break-up scenario without some serious social consequences,” UBS said.

Bonds and Rating Downgrades
Italy’s borrowing costs soared to their highest levels since Rome joined the euro on Friday as Hungary’s rating was ‘junked’. The foreign and local-currency bond ratings of Hungary were cut one step to Ba1 from Baa3, the company said in a statement yesterday. Moody’s assigned a negative outlook. The country is rated the lowest investment grade at Standard & Poor’s and Fitch Ratings.

Belgium, still without a government after 19 months, found that its credit rating was cut by S&P on Friday after the market closed. Whilst ratings downgrades are hardly surprising lately Belgium hadn’t experienced a downgrade for 13 years. The country’s credit rating has been cut down by one step to AA by Standard & Poor’s. The London-based agency pulled the country’s ratings down from AA+, citing a lack of policy consensus and slowing growth. Belgium now joins the ranks of the Czech Republic, Kuwait and Chile in terms of currency ratings. The country last had its credit standing lowered in December 1998 by Fitch Ratings. Friday’s ratings blows, after Greek, Portuguese and Irish bailouts, and with Italy, Spain and France also now under pressure, underlined a sharp escalation of the debt crisis at the end of a week that even saw Germany struggle to raise funds.

Concern has grown rapidly that the euro currency, in the absence of a game-changing European Central Bank decision to mount a gigantic financial rescue, could be close to breaking point. Europe’s monetary union may unravel sooner than the region’s leaders can mobilise to ensure the sovereign-debt crisis doesn’t overwhelm the currency, a UBS AG foreign exchange strategist wrote.

“Financial markets continue to move faster than politicians,” Mansoor Mohi-uddin, head of foreign exchange strategy for UBS, wrote in today’s note. Markets are starting to “price in the endgame” for the currency, he said.

European bonds slumped after Germany failed to draw bids for 35 percent of the offered amount at an auction of 10-year bunds this week, stoking concern the region’s debt crisis is infecting even the safest sovereign securities. The dissolution of the currency would force Germany and other countries’ banks to take losses on their sovereign bond holdings and burden them with the need to raise even more capital, the Singapore-based analyst wrote. German Chancellor Angela Merkel’s desire for closer fiscal union in Europe could weaken that country’s position if funds needed to be transferred to strengthen the monetary union, Mohi- uddin wrote. He said next week’s meeting of European finance ministers and the auction of 8 billion euros worth of Italian bonds are expected to be a key measure of the euro’s strength.

Italian yields are now in the territory that forced Greece, Italy and Portugal to seek international bailouts and an auction Tuesday of up to 8 billion euros (£6.86 billion) of 10 year BTP bonds will be a crucial test. Friday, Italy paid a euro lifetime high yield of 6.5 percent to sell new six-month paper, a level which analysts said cannot be maintained for long without pushing a public debt amounting to 120 percent of gross domestic product out of control. Italy, Europe’s second biggest manufacturing power, would be far too big for existing bailout mechanisms and default on its 1.8 trillion euro debt would probably destroy the euro.

A team from the International Monetary Fund is expected in Rome this week to evaluate the state of the economy, a mark of growing concern about the effect of the crisis on the world economy. The euro slid for a fourth week, dropping 2.1 percent to $1.3239 yesterday versus the dollar, the longest losing streak in 18 months. Also, the 17-nation currency fell for a third week against the yen as Belgium’s credit rating was downgraded. The currency fell 1.1 percent to 102.91 yen.

The EFSF
The European Financial Stability Facility may insure bonds of troubled countries with guarantees of between 20 percent and 30 percent of each issue to be determined in light of market circumstances, according to EFSF guidelines to be considered by finance ministers this week.

The proposal to attach guarantees of up to 30 percent of future EFSF bond issuances’ worth may create a threefold expansion of the 440 billion-euro ($583 billion) fund, according to the guidelines distributed to lawmakers in Berlin. The EFSF’s pool of potential aid would also be increased by setting up so- called credit investment funds with private investors to buy the bonds of euro-region states that struggle to sell their debt.

French President Nicolas Sarkozy has said that the bailout fund might be worth $1.4 trillion after European governments agreed last month on steps to leverage existing guarantees as much as fivefold. European leaders are next due to hold a summit on Dec. 8-9. The new instruments may need to be supplemented further, German Finance Minister Wolfgang Schaeuble told reporters in Berlin on Nov. 25 following talks with Dutch Finance Minister Jan Kees de Jager and Finnish Finance Minister Jutta Urpilainen.

Leaders will seek a “separate path” of help from the International Monetary Fund to boost the EFSF, Schaeuble said. IMF help must be “substantial enough to help Italy and Spain,” de Jager told reporters, saying that talks on creating credit investment funds had run into “problems.”

German Finance Minister Wolfgang Schaeuble said that he’s confident the euro can and will be saved and will go on to become the most stable currency in the world.

Europe is witnessing a “crisis of confidence” that must be overcome by means of more strictly enforced budget rules in the euro area, Schaeuble said in an interview today on ARD television in Berlin. European Union treaty change could give the EU Commission a role in enforcing budget limits in member countries, he said.

Since Sept. 6 we have been saying that we were ready to take further measures if the economic outlook and the risk of deflation require it. The franc is still highly valued. In a very dangerous and volatile environment the cap has reduced the risks to the Swiss economy and eased the deflationary pressure.

The SNB on Sept. 6 imposed a limit of 1.20 francs versus the euro to combat the threat of deflation and help exporters after the Swiss currency gained as much as 33 percent during the preceding twelve months and reached an all-time high against the euro on Aug. 9.

Jordan didn’t say which measures the SNB would be willing to take. SNB spokesman Walter Meier confirmed the contents of the interview and said that it was conducted on Nov. 21.

Switzerland’s economy is entering a difficult phase, with a very low and possibly even slightly negative growth rate, In addition to the franc’s strength hampering the country’s exports, the global economy is slowing which causes demand to decline. We think that the franc will weaken further with time.

The Swiss franc, sought as a safe haven as the debt crisis engulfed the euro area, has been trading in a range of 1.2012 to 1.2474 versus the shared currency since the introduction of the cap and was at 1.2319 on Friday. Against the dollar, the franc was at 93 centimes.

China
China’s sovereign wealth fund may give “indirect” support to Europe through investments without being the nation’s main route for any aid, said Jesse Wang, the executive vice president of China Investment Corp.

“The fund wouldn’t be the main channel if China helps tackle the sovereign-debt crisis. However, if during such a process there are good investment opportunities in Europe and if CIC’s investment helped the destination company or country to recover and developed the economy, that would be indirect support. As a commercial entity, CIC is seeking reasonable returns with controllable risks. CIC is under no obligation to follow the government’s policy orders in its operations because it’s a commercial entity. If the government carried out certain policy moves, CIC usually wouldn’t participate because it has different operational targets and risk-taking capabilities.”

On Germany’s failure to sell all the 10-year bonds offered at an auction Nov. 23, he said:

“One shouldn’t rush to some decisive judgment about the sales or worry that the debt crisis has spread to the core euro zone.” He cited an investment in the exploration and production business of Paris-based GDF Suez SA, Europe’s largest natural-gas network operator, as an example of what appeals. Asked if China will buy European bonds, he said the Chinese government is studying “which way and through which products” to support the region.

« A Dead Person Can Be Revived By A Bokor, Or Sorcerer Rumours Are Like Wildfire – You Are Burned Up Before You Know It »