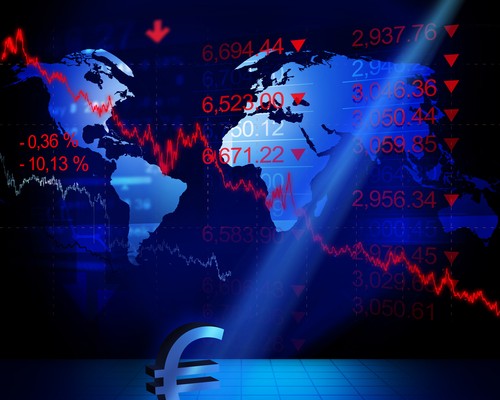 Euro Exchange Rate: the Complexities of a Currency

It cannot be denied that many currency traders make it a point to remain updated about the latest developments on the Euro exchange rate, or more specifically the EUR/USD pair. In a way, this highlights the sheer significance of the Euro in the global market. Indeed, regardless of the issues that continue to affect the European region, those who make money by trading currencies would still be more than eager to monitor the Euro’s value so as to identify potential opportunities. It is for this very reason that it would be most advantageous to learn about a few interesting facts regarding the complex nature of the European currency.

Those who are just beginning to explore the various facets of currency trading activities are probably unaware that the Euro exchange rate is actually affected by interest rates. To put it simply, the Euro’s value and strength gains a considerable boost when its interest rate remains high. In relation to this, the currency’s price against the US Dollar is influenced by such a factor as well. Specifically, if the American currency manages to maintain an interest rate that surpasses that of the Euro, then it is only to be expected that the former would have a greater value than the latter.

The Euro exchange rate is also partially driven by a force that is unique to it. To explain, one should never overlook the fact that the Euro is the currency of multiple countries throughout the European region. In this sense, the Euro’s exchange rate actually undergoes changes depending on the status of the nations that rely on it. For example, if the Eurozone crisis would continue to worsen and thus severely affect more member countries, then rest assured that the currency would weaken. Likewise, any form of political turmoil harms the Euro’s competitiveness.

It would also be best to keep in mind that the Euro exchange rate can be altered by changes in relation to inflation. In particular, if the countries in the Eurozone would continue to face an increasing rate of inflation, the Euro would never be able to regain its status as the top currency in the world value-wise. After all, inflation does not merely pertain to an increase in the prices of commodities in a given nation, but also refers to a continuous depreciation of the local currency. With this in mind, it becomes clear why governments are always focused on controlling inflation.

Indeed, there are several intriguing facts regarding the Euro’s price. To reiterate, the exchange rate of the European Union’s currency is affected by interest rates, especially its own and that of the American Dollar’s. As also emphasized, the Euro’s strength depends on both the economic and political stability of the nations that continue to rely on such a currency. Of course, the presence, or more specifically the degree, of inflation may either improve or worsen the Euro’s status. Overall, it would be appropriate to say that understanding the Euro exchange rate is not as simple as some believe it to be.