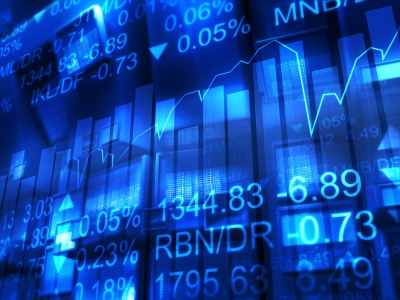 Following the scheme of the prior weeks, the week was a mixed bag for the world markets on our weekly watch list. It saw half posted gains, half losses and an epitome of optimism.

Starting with the American markets, stocks rose on a weekly basis as US companies reported better than expected results. However, it couldn’t keep the momentum as Microsoft reported its first quarterly loss. Five-year Treasury note yields fell to a record low as data showed the US economic growth slowing and investor concern Europe’s debt crisis is worsening led to increased demand for the safest assets. US government debt gained for a fourth consecutive week as yields on Spain’s bonds climbed.

The NASDAQ gained 0.58%, followed by S&P 500 (0.44%) and Dow gained 0.35% for the week.
On the European side, markets remained in perspective mode after European policy makers received another vote of no-confidence in their efforts to stem economic turmoil as the euro fell to its lowest in more than two years following final approval for a bailout of Spanish banks. The DAX gained 1.1%, followed by CAC 40 (0.41%), however, FTSE 100 declined by 0.27% for the week.

The Asian markets rose, with the regional benchmark gauge posting its largest weekly gain this month, amid speculation China and the US will do more to boost growth in the world’s two largest economies. The Hang Seng rose by 2.8% for the week, however, Nikkei fell by 0.63%.

Over the next few days, as this being still a mid week month with the actual month end the following Tuesday. Investors will find whether the restrained response of the world’s major central banks to the latest signs of a global economic slowdown has been warranted.

The US and Britain release their first estimates of Q2 growth while a survey of purchasing managers’ intentions across the euro zone will also hit the screens along with a steady flow of corporate earnings. But the approaching seasonal lull means few in the markets expect any big shift in sentiment, and most see the current bid for safety by some and the search for yield by more aggressive investors being extended. Greece will be back in investors’ sights in the coming week after officials from the International Monetary Fund, European Commission and ECB as the Troika announced over the weekend that it has ceased funding further funds from a Ä130 bn bailout package. The ECB added to the concerns when it decided to stop accepting as collateral Greek sovereign bonds and other assets backed by the country’s government for use in money market operations from July 25.