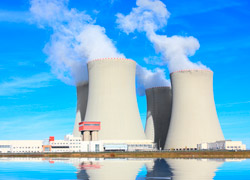 How The Markets Could Get Into Straights Over Hormuz

Having become increasingly irritated by the world’s critique of its blossoming and arguably peaceful nuclear programme Iran announced Monday that it’s gearing up its military presence to practice closing the Strait of Hormuz. Reuters Africa is reporting that a member of Iran’s parliament National Security Committee said the Army is ready to begin the exercise, but when contacted by the news agency, the Iranian military declined to comment.

Iranian lawmaker, Parviz Sarvari, told the news organisation ISNA,; “Soon we will hold a military manoeuvre on how to close the Strait of Hormuz. If the world wants to make the region insecure, we will make the world insecure.”

Monday’s announcement comes just weeks after Iran’s energy minister told Al Jazeera that Tehran was prepared to use oil as a political tool in any “conflict over its nuclear program.” Iran has been subject to a series of unexplained factory blasts with the most recent occuring on Sunday. This could be the next step in Iran’s war preparations begun after the November 8th IAEA report. A third of all sea-borne oil in the world passed through the Strait of Hormuz in 2009.

European and USA markets struggle to find a new direction
The Standard & Poor’s 500 Index closed down 0.9 percent to 1,225.73 at 4 p.m. in New York, wiping out the gain it had held, at one point up by as much as 1.1 percent in Tuesday’s afternoon session. The Dollar Index rose 1 percent, finally topping 80 for the first time in 2011 since January. The euro fell on reports that German Chancellor Angela Merkel and Germany have actually rejected boosting Europe’s permanent bailout fund, the EFSF. Ten-year USA Treasury yields fell five basis points to 1.97 percent following a stronger-than-average demand at auction. The S&P index of commodities rose 1.5 percent after surging as much as 2.3 percent.

The Federal Reserve has decided to refrain from taking more steps this year in order to stimulate the USA economy as concerns have grown that European leaders won’t agree on ways to expand the region’s bailout capacities. Gold slumped to a seven-week low. Operation Twist remains in effect but there was no mention of a QE3, or further coordinated action with the ECB, which may have disappointed investors. The Federal Reserve on Tuesday pointed to turmoil in Europe as a big risk to the U.S. economy, leaving the door open to a further easing of monetary policy even as it noted some improvement in the U.S. labor market.

Retail sales disappoint
Retail sales in the USA rose in November at the slowest pace in five months, perhaps suggesting that American consumers are trying to live within their means after their Black Friday blow-out heading into the holiday shopping season. The 0.2 percent gain in purchases fell far short of the 0.6 percent median forecast of economists surveyed by Bloomberg News according to data from the Commerce Department today in Washington. Other reports showed inventories climbed in October and job openings fell.

Crude
Crude shot up 2.4 percent at $100.14 a barrel and advanced as much as 3.6 percent after the state-run Iranian Fars news agency reported that Iranian military drills to close the Strait of Hormuz will take place citing Parvis Sorouri, a member of the parliament’s national security and foreign policy committee. The strait is the globe’s bottleneck for oil exports from the Persian Gulf.

Europe
The Stoxx Europe 600 Index rose 0.5 percent, erasing a gain of as much as 1.2 percent in earlier trading. Declines in leading banks and insurers limited gains on the Stoxx 600 with Banco Santander SA and BNP Paribas SA, the largest lenders in Spain and France, respectively, dropping by at least 1.5 percent.

The German ZEW Center’s confidence index increased to minus 53.8 in December from a three-year low of minus 55.2 the previous month. The gauge was forecast to drop to minus 55.8. Its index of current conditions fell to 26.8 from 34.2 in November, compared with a reading of 31 in a Bloomberg survey.

The European Financial Stability Facility, the region’s temporary bailout fund, sold 1.97 billion euros of 91-day bills at an average yield of 0.2222 percent, the Bundesbank said. Investors bid for 3.2 times the amount sold, according to data from the central bank.

The 17-nation euro currency dropped against 13 of its 16 major counterparts after Merkel told German coalition lawmakers that the 500 billion euro ($654 billion) cap on Europe’s planned permanent bailout fund will stay in place, two officials with knowledge of the discussion said.

Economic calendar data that may affect the morning session sentiment

A survey of economists, conducted by Bloomberg, shows a median forecast of +13,700 extra unemployed compared to last month’s change of +5300. A Bloomberg survey predicts a rate of 8.3% unemployment, the same as the previous month.