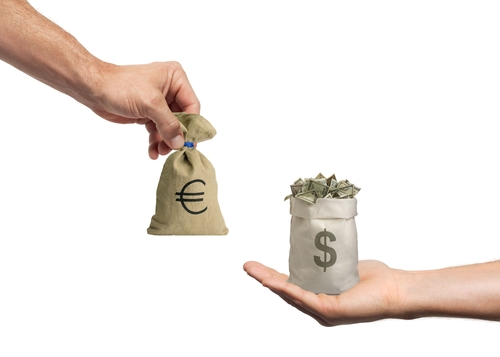 Currency exchange rate is essentially the value of one currency in terms of another currency. The need for rates of exchange stems from the fact that one currency is hardly accepted in another currency. For example if you are in the Philippines and would like to purchase an item say a pair of Jeans, you will have to exchange your dollars into the local currency first before you can buy from the local store. On the macro level, countries importing goods from another country will also need to exchange their own currencies for the local currency of the country they are doing business with. The rates of exchange play a vital role on how businesses are conducted between countries.

In essence, the strength of a currency reflects the demand for the products of the particular country and is a measure of its economic strength or weakness. However, simple as the law of supply and demand may seem, the factors that influence the balance between the two are more complicated and requires a bit of effort to understand and appreciate.  From an economist point of view, the various factors that affect both the supply side and the demand side are constantly interplaying to strike a balance or equilibrium.

An example of such interplay is when a higher currency exchange rate makes imports less expensive creating a spike in demand to a point that prices rise as supply starts to dwindle and the local currency starts to rise. As the local currency starts to appreciate and the prices rise, the demand is stymied to a point that the demand dwindles to the extent that imports slow down.  Ultimately, the prices are pushed down again to revive the demand for the products. It is a vicious cycle that almost always tries to strike equilibrium.

Exchange rates are always a comparison between the currencies of a two countries and there are a number of factors that determine these rates all of which are related to the trade conducted between these two countries.

Exchange rates are determined by a number of complex factors that often befuddle even the most experienced economists.  The ordinary forex investor may find them too cumbersome and even overwhelming to learn. It is however vital that they must have a working knowledge and a bit of understanding on how currency exchange rates are determined so they can have a better chance of achieving better returns for their investments.