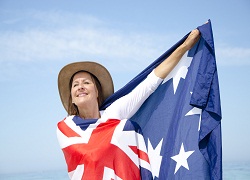 After the extended Easter holiday period the high impact news events and policy decisions are very thin on the ground this Tuesday therefore, in terms of fundamental analysis, there’s very little for traders to get too excited over. However, Wednesday promises to be an entirely different prospect given the volume of news that’s scheduled for release to include many of the PMIs for global economies, most notably there’s a cluster of PMIs to be released for Europe.

One issue of note was the sell off in Japanese equities with the main Nikkei index falling by circa 0.85% which appears to be a delayed reaction to the news that exports fell considerably according to the latest data available and with the new sales tax rise from 5% to 8% analysts and market commentators are concerned that Japan’s economy may be getting hit by both sides.

Whilst The Conference Board Leading Economic Index for Australia increased moderately, according to the latest publication, the Aussie rose sharply in early morning trading partly due to the remarks from the Australian central bank indicating that interest rates would remain stable given that they believe that the inflation target will be maintained throughout the year.

The Conference Board Leading Economic Index for Australia

The Bloomberg U.S. Dollar Index, which tracks the greenback against 10 major currencies, was little changed at 1,010.96 from 1,011.50 in New York, the highest close since April 7th.

The Aussie gained 0.4 percent to 93.65 U.S. cents from yesterday, when it touched 93.16, the lowest since April 8th. The Reserve Bank of Australia has said that inflation is expected to stay consistent with its target over the next 2 years. The central bank reiterated in minutes published last week from its April 1st meeting, that the most prudent course is likely to be a period of steady interest rates.

Benchmark 10-year yields were little changed at 2.70 percent early in London, according to Bloomberg Bond Trader prices. The price of the 2.75 percent note due in February 2024 was 100 3/8.

The $32 billion of 2016 notes being sold today yielded 0.435 percent in pre-auction trading. The monthly two-year auction in March drew a yield of 0.469 percent, the most since May 2011. The Treasury Department is also scheduled to sell $35 billion of five-year debt tomorrow and $29 billion of seven-year securities the next day.