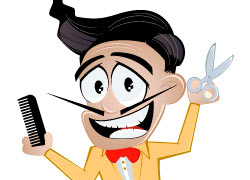 Anyone prepared to bet that the Eurozone crisis is over? George Soros isn’t…

Oct 31 • Between the lines • 1815 Views • Comments Off on Anyone prepared to bet that the Eurozone crisis is over? George Soros isn’t…

George Soros, who achieved fame when he bet against sterling remaining within the Exchange Rate Mechanism in the 1990s, believes the 50 percent “haircut” for private bond holders agreed last week as part of the overall bailout package will only reduce Greek debt by 20 percent. In Soros’ opinion it’s insufficient to stop an economic decline in Greece ultimately causing greater social unrest. His words come as the eurozone appears to be heading for further economic trouble, investors have started to express skepticism about the rescue deal announced in the early hours of Thursday morning.

The Greek authorities are now bracing for a broader campaign of civil disobedience as a nation infuriated by austerity and incensed at the engagement of EU and IMF measures take matters into its own hands. Announcing the measures the finance ministry warned that failure to pay the tax would automatically result in power supplies being disconnected. The public are incensed versus this unpopular property tax. The finance ministry says that the levy, whose lifespan is as yet unspecified, will raise about €2bn by the end of the year. The civil disobedience movement began in 2010 with Greeks refusing to pay road tolls and has seen ministries and government buildings being taken over in a wave of strikes and protests, has now grown to such an extent that even elected local officials support it.

With thousands of electricity bills yet to be printed, unionists at the public power corporation, DEH, who recently took over the company’s printing press, have threatened to step up action. A spokesman for the union said; “we are not going to do the government’s dirty work. Electricity is a social commodity, not a means to collect taxes. We will do everything to ensure that unemployed people, poor people do not have their electricity cut.”

In the UK a group of leading economists, numbering up to one hundred, have pointed out the failure of the UK chancellor’s ideologically driven austerity measures and asked for a plan B to be adopted. They’re demanding the government consider a host of measures proposed by a body of academics and economists brought together by the left-leaning think tank Compass. The proposals, in a manifesto entitled “Plan B: a good economy for a good society”, will be launched in London on Monday. They include:

Compass;
“The UK jobless total is now at its highest for over 17 years, while growth has all but stalled. Despite the increasing risk of a double-dip recession, which will inevitably result in even greater unemployment and falling living standards, the government refuses to change course. Indeed if the government persists with Plan A the deficit could rise not fall. It’s time for a Plan B.We urge the government to adopt emergency and common sense measures for a Plan B that can quickly save jobs and create new ones. An emergency recovery plan could include reversing cuts to protect jobs in the public sector, directing quantitative easing to a green New Deal to create thousands of new jobs, and increasing benefits to put money into the pockets of those on lower and middle incomes and thus increase aggregate demand. This could in part be paid for by the introduction of a financial transactions tax.”

Europe should not expect China to rescue it from its debt crisis, however, Beijing will do what it can to help “a friend in need”, state-run news agency Xinhua said in a commentary on Sunday. The head of Europe’s rescue fund has sought to encourage China to invest in the rescue fund facility, the main selling point being that investors may be protected against a fifth of initial losses and that the investment bonds could eventually be sold in yuan. Though China has expressed confidence that Europe can survive its crisis, it has made no public offer to buy more European government debt.

Xinhua, in an English-language commentary, said China could not stand by while its largest trading partner foundered.

“Beijing’s good-will gesture is a good response to those who see China as a threatening rival to Europe. Despite differences in politics, economy and culture, China and the EU are still good friends and partners. However, amid such an unprecedented crisis in Europe, China can neither take up the role as a savior to the Europeans, nor provide a ‘cure’ for the European malaise. Obviously, it is up to the European countries themselves to tackle their financial problems. But China can do within its capacity to help as a friend.”

It’s shocking, The Europeans, by turning to the Chinese, are showing their weakness. How will Europe be able to ask China to stop undervaluing its currency or to accept reciprocal commercial accords?

Eurozone leaders may struggle to maintain the waves of euphoria which caused the euro to enjoy its biggest one-day gain in more than a year, scrutiny will now inevitably deepen on the latest attempt to stem the region’s turmoil. Euro leaders have claimed victory before, in March as a “comprehensive” strategy was unveiled, while Luxembourg Prime Minister Jean-Claude Juncker said the July 21 accord on the second bailout for Greece and more powers for the rescue fund was the “final package, of course.”

“The very best you can hope for is it buys you time,” said Capital Economics’s chief European economist. “It avoids an imminent catastrophe and means Greece should be able to meet its obligations in the near future, and it may restore a bit of confidence. But it won’t prevent the debt crisis overall from rambling on and indeed escalating.”

The focus has now shifted from Brussels as Group of 20 leaders prepare to meet in Cannes, France, Nov. 3-4 and European officials seek contributions from countries with bulging reserves such as China, Brazil and Japan to a prospective fund. European Central Bank President Jean-Claude Trichet said in an interview in a German newspaper on Sunday that the euro zone sovereign debt crisis was not over and that it was too early for the all-clear signal.

In an interview in Sunday’s Bild am Sonntag newspaper, Trichet said that he was confident that euro zone governments would be able to restore financial stability provided the bloc’s Stability Pact rules are comprehensively enforced. Trichet said the agreements reached by European Union leaders this week need to be put in action quickly. He said the ECB will carefully track the progress of governments’ reform measures and said the time had now come to “see some action.”

Global consumer confidence remains weak in the third quarter of 2011, more than 60 percent of consumers saying it’s not a good time to spend, and one-in-three North Americans saying they have no spare cash, a survey showed on Sunday. The economic outlook, followed by lack of job security, became consumers’ biggest concern in the third quarter, overtaking worries about rising inflation, according to the quarterly survey by global analytics and information company Nielsen.

The Nielsen Global Consumer Confidence Index dipped just 1 point in the third quarter from the second quarter to 88 points. A reading below 100 indicates consumer pessimism over the economic outlook. Consumer morale in the euro zone remains especially weak, notably in France, were the region’s debt crisis deepened during the summer. Confidence in Greece, at the centre of the crisis, actually rose, but it was still the fourth-weakest of markets surveyed. Confidence was lowest in Hungary. One-in-five Europeans have no extra cash to spend. Confidence in European powerhouse Germany was better than much of Europe and the United States, but like the U.S. its reading dipped 1 point from the second quarter.

Nielsen;
“The third quarter was volatile and challenging for global economies and financial markets amid stagnant U.S. unemployment figures and a worsening euro zone debt crisis. A recessionary mindset is growing among consumers as more than half say they are currently in a recession, up 4 percentage points from last quarter and 7 points from the start of the year. The result is continued spending restraint for discretionary expenses, which is expected to continue into next year.”

The survey, taken between August 30 and September 16 and covering 28,000 consumers in 56 countries, showed 64 percent of consumers globally saying it was not a good time to spend.

Japan’s currency topped the previous record set last week after the Bank of Japan added 5 trillion yen ($66 billion) to their asset-purchase program. The dollar was 0.7 percent from its lowest in more than seven weeks against the euro before a report that economists said will show business activity in the U.S. weakened in October. Demand for the dollar is also dented amid speculation the Federal Reserve will be forced to embark on a third round of asset purchases in November.

Economic calendar and key releases for the London and European morning sessions.

« Breathe, Release, Repeat and Party Like it’s 1974 The European Rag and Bone SPIVS do the Asian Tour whilst collecting Air Miles »