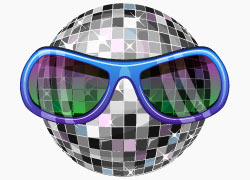 Isn’t the sense of relief contagious? It really is like a massive weight lifted off your shoulders. It’s taken months to reach this situation and the unbridled joy I’m experiencing is difficult to explain and contain. Forget the cobbled together €1 trillion fund, I’m actually relieved that I’ve finally got a reprieve from having to start most market commentaries with the words; “Greece, contagion, Merkozy, bailout fund, Eurozone sovereign debt crisis”..well maybe just one more time, then we can finally put it to bed. Oh, and the reference to 1974 isn’t a clever nod in the direction of Brent crude and the 70′s oil crisis, Brent rising by a massive 4.3% on Thursday was fascinating in one sense, witnessing the mainstream media talking heads do cartwheels of celebration as markets rose exponentially, whilst embedded inflation just took a massive leap, was nevertheless an interesting observation.

Greece and Italy, the two countries and economies that have been at the centre of the financial maelstrom and crisis, have spoiled the euphoria by having officials voice doubts in relation to the deal and question its overall viability. In Greece, opposition politicians and citizens fear further painful austerity and a decade or more of recession, showing little enthusiasm for a plan for banks and insurers to accept the 50 percent loss on their Greek government bonds. In Greece, citizens hit by several rounds of austerity, including hefty pay and pension cuts, tax hikes and services cuts responded with similar criticism to the EU deal. Prime Minister George Papandreou said the agreement meant that the country’s debt burden would be sustainable, but people on the streets saw little reason to celebrate.

After avoiding the worst of the Euro financial crisis over recent years, Italy has moved to the centre of the debt crunch focus this year as its bond yields soared to near unsustainable levels. Only intervention from the European Central Bank prevented them from sliding out of control. Investors have concerns over Italy’s chronic growth and the sustainability of its 1.9 trillion euro debt, which at 120 percent of GDP is second only to Greece’s in the euro zone.

The day’s gains lifted the S&P 500 above the 200-day moving average for the first time since the beginning of August. It was the strongest day for volume since October 4, and the rise above the 200-day moving average may pull more long-term buyers into the market over coming days and weeks. 11.95 billion shares traded on the New York Stock Exchange, the American Stock Exchange and Nasdaq on Thursday, well over last year’s daily average of 8.47 billion.

All 10 S&P sectors rose by more than 1 percent. Materials and energy shares were among the top gainers as the resolution in Europe set aside fears with regards to how weak growth might impact demand. Crude oil rose a massive 4.3 percent. U.S. gross domestic product grew at a 2.5 percent annual rate in the third quarter, up from a 1.3 percent pace in the prior three months, the Commerce Department said on Thursday. That took output back to pre-recession level. Consumer spending grew at a 2.4 percent rate in the third quarter, the strongest since the fourth quarter of 2010, while business investment spending shot up at a 16.3 percent pace, the most in more than a year. The jobs market is showing little improvement. Data from the Labor Department on Thursday showed new claims for state unemployment benefits only fell 2,000 last week to 402,000, a level that suggests little progress.

European markets surged as a consequence of the agreement reached in the early hours of Thursday morning. The Stoxx index closed up 6.08% to a 12-week high as banks led the gains. BNP Paribas SA and Deutsche Bank AG, the biggest lenders in France and Germany, advanced more than 15 percent. The FTSE closed up 2.89%, the CAC closed up 6.28%, the DAX closed up 5.35%.

There was a note of caution and a true moment of clarity through the euphoria from Michael Darda, the Stamford, Connecticut-based chief economist and chief market strategist at MKM Partners LP. He nailed the issues and cut straight through the spin when he told Bloomberg Television;

If we’re not seeing the sovereign debt markets turn around, that is a red flag. Equity markets have gotten optimistic here. One of the things that bothers me is the euro-zone debt markets have not registered the same degree of optimism, and that’s really the core of the problem.

Currencies
Naturally the Euro catapulted to monthly highs on news of the overall rescue package. The euro surged to $1.4187 and climbed as much as 2.5 percent to $1.4247. The currency strengthened versus eight of its 16 major peers, rallying 1.8 percent versus the yen. The Dollar Index, which tracks the U.S. currency against those of six trading partners, slid 1.7 percent to 74.96. The yen rose to a record versus the dollar for the fourth time in five days on speculation Bank of Japan measures will fail to contain the currency’s rally. The central bank expanded its credit and asset-purchase programs (QE) to a total of 55 trillion yen ($724 billion) from 50 trillion yen to damp the currency’s appreciation, which harms its exporters. It also kept the overnight lending rate at zero to 0.1 percent.

« Greece is just so last year whilst Italy is too big to fail Anyone prepared to bet that the Eurozone crisis is over? George Soros isn’t… »