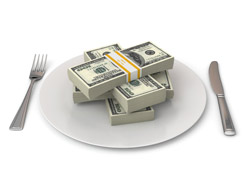 There are numerous times when life and trading dovetail, the phrase; “you are what you eat”, could equally be applied to trading, I’ve often mused on the concept that as retail traders we “only eat as well as we trade”. There are plenty of other examples were we observe trading and life mixing, sport is one constantly reoccurring theme when measured vis a vis its similarity to trading. We’re not getting into trippy, spooky fibonacci territory here, but sometimes the obvious similarities with sport, particularly at highest level, are quite revealing and overlooked..

For example, a tennis player needs to win 6-4 to win the set, three times this (if male) in order to win the match. Now on reflection, in the ‘record books’ that could look like a straightforward win and match, however, if you watch or play the game you’ll know that the match could be won by as low as three games versus serve, those against serve winning games may only have been won by two points. Therefore the winning margin, the 60/40 ratio that many of us strive for in our forex trading career, is in fact a very tenuous success rate. The ‘range’ (between success and failure) is as tight in sport and life as it can be on our chart waiting for cable to break out.

The parallels between golf, life and trading are numerous, particularly when we consider the self-control, self discipline and percentage shots we have to play in order to get enjoy a decent round. How many players, at all levels of ability, can’t wait to hit off the first tee on a bright Summer’s day, then the second tee drive is as poor as the first and they find that they’re suddenly five shots down with sixteen holes left to play.

The mind begins to work against them and their confidence, they quickly do the sums thinking; “the best I’ll do today is salvage a poor round.” Or they could take the other view, the positive view that; “those holes are gone, it’s a sport that I love, I’ll simply get my swing right, get my head in the right place and take the shots according to my game-plan, it is what it is..”

The mirror image with trading would be that we’re a day trader, the first two trades have gone badly and we’re fifty pips down. On the basis that we generally only take six trades per day on an average day we now need a series of three wins and perhaps one break even to have a winning day, one more loss and it’s likely that the best we can do is break even. But we gather ourselves after our initial losses and we carry on trading the plan according to our pre-set rules. The set ups occurs and we take the trades knowing that, over a set period of trades, the positive expectancy we have developed, (our edge), will probably win through.

Football provides another key example, world class strikers have goals versus shots ratios at what, to all intents and purposes, looks very poor until you analyse the results closer. A world class striker may have ten shots in a game, but only score one goal. His shots on target versus goals scored ratio may be as low as 1:3. As traders the obvious parallel would be having that one big winner versus two small winners, six losses, but still coming out pip positive, not a simple concept to visualise even though it’s very probable, especially for trend traders.

You don’t have to be a regular at sports betting to realise that this season the top teams in the top European leagues will win more games than they lose. Whether that’s Barcelona, Real Madrid, the two Milan teams, Bayern Munich or Manchester United. But let’s look in isolation at Manchester United. By their own stellar standards it’s not been a great season so far, they’ve failed to qualify for the next round of the European Champions League and they’re currently second in their respective league to their nearest City rivals.

The measurement and metric adopted for some time was that a championship winning team could only afford to lose 2-3 games a season to be in with a sporting chance of winning the league, indeed an Arsenal team surpassed this in 2003-2004 by remaining unbeaten in their league throughout the season. With three defeats already this season and just over half the season played, Manchester United have (theoretically) already used up their losing game ‘allowance’ and can afford no more slip ups.

However, the game has moved on over recent years, the league winners now generally go for the win more than in previous eras. The lure of three points as opposed to one for a draw has to a certain degree caused more of an accent on positive risk play.

Whilst we could once again draw parallels between this and trading there’s also another aspect worth considering. Imagine you’re a sports betting fan, rather than bet on the outcome of an individual game could you bet on your belief that (based on recent performances) Manchester United are going to win more games this season than they’ll lose..?

If for example there was support, resistance and a 200 moving average for their performance similar to our charting packages then United would in theory be above the 200 MA for the majority if not all of the season, so we’d surely bet every game that they’ll win. We could bet ‘clever’ and choose the best odds, and with modern day betting platforms you could bet on them winning every time they’re behind in a game as statistically, measured over a season, they’ll win more than they’ll lose.

Now we accept that our spreads on, for example, the loonie are an entirely different concept to the odds you’ll get in a football match, but surely the comparison holds true. If as a forex trader we only trade one security, the most liquid – EUR/USD and only ever go long each time our set up occurs above the 200 MA, or short below the 200 MA, then the likelihood is we’ll finish winners measured over our season, January to January.

Perhaps we should all trade with one eye on the length of our season, even committed day traders would perhaps do well to keep an eye on the bigger picture and trade with the trend. Similar to the big clubs, the best teams in the European leagues we know that, measured over a season, the probability is they’ll win more than they’ll lose. If we ‘place our bets’ above or below certain major trend lines, the euro winning or losing, then perhaps our pip gain would increase. We’ll never ‘do an Arsenal’ but doing a Manchester United, using increased predictability and probability to be on the winning side more often than not, is very achievable.