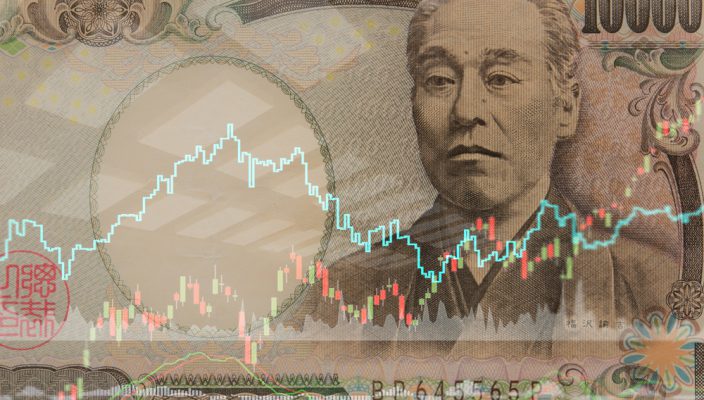 Negative data was printed for the Australian economy during the Sydney-Asian trading session; private capital expenditure fell by -1.7% in the first quarter of 2019, whilst building approvals fell by -4.7% in the month of April, after suffering a -13.4% fall in March. Cumulatively, approvals are down -24.2%, which is a worrying development in a sector which ranks high, in terms of Australian commercial activity. Despite the data, AUD/USD traded up 0.20%, as price traded in a tight daily bullish range, breaching R1. NZD/USD traded up 0.18%, trading close to the daily pivot point.

Both the Kiwi and Aussie dollars registered gains against the majority of their peers and this rise was replicated by the Canadian dollar. As commodity currencies, all three currencies may have broken upwards as a consequence of WTI oil rising by circa 1.28%, in the early stages of the London-European session. Moreover, positive projections were published for the New Zealand economy, in the form of the annual budget release.

Japanese economic data published in the Asian session, pointed to Japanese investors becoming more protectionist and insular; investing more in domestic bonds and stocks, as opposed to international investments. At 8:40am U.K. time USD/JPY traded at 109.8, up 0.17%, as the bullish price action contained in a tight, but bullish daily range, saw the major pair breach R1. Yen sold off against many of its peers; AUD/JPY up 0.37%, GBP/JPY up 0.15%.

The U.S. dollar was broadly up versus its peer currencies, during Thursday’s early trading sessions, as market confidence tentatively improved, in both the Asian and European equity markets. At 9:00am U.K. time the dollar index, DXY, traded up 0.02% at 98.17. USD/CHF traded up 0.15%, whilst USD/CAD fell by -0.12%, giving back the gains recorded during Wednesday’s session, after the BOC held the rate at 1.75% and subsequently delivered (what appeared to be) a dovish monetary policy statement. The Canadian dollar made gains in the early Thursday sessions versus the majority of its peers. Overall market consensus could have developed that the currency was oversold during Wednesday’s New York trading session after the BOC statement on monetary policy, whilst the currency’s position as a commodity currency also helped lift its value, in tandem with a rise in WTI oil.

Sterling experienced mixed fortunes, during the early stages of the London-European trading session. The currency slipped marginally after the chancellor of the exchequer, Philip Hammond, took to the BBC airwaves to explain his strategy, to help his political party, the Tories, navigate the U.K. exit from the European Union. In his opinion, a general election won’t help solve the issue, however, he did concede that; in the event U.K. parliament couldn’t vote through an exit, the question and impasse, should be returned back to the U.K. voters, in the form of a second referendum. The deputy Governor of the Bank of England, Mr. Ramsden, delivered a speech during the morning, indicating that the central bank was prepared to tighten monetary policy, once a satisfactory exit from the E.U. was resolved.

At 9:15am U.K. time GBP/USD traded down -0.02%, at 1.262, oscillating in a tight range, between the daily pivot point and the first level of support, whilst displaying no directional bias. Against several other peers, GBP recorded gains, owing more to other currency weakness, as opposed to general U.K. pound strength. Both GBP/CHF and GBP/JPY registered gains in the morning session, as the safe haven appeal of both yen and the Swiss franc has faded over recent sessions. The return to a tentative risk on tone, as investors moved out of safe haven assets, was also illustrated by gold falling by -0.46%, to $,1,280 per ounce.

European equity markets rose during the morning session, at 9:20am Germany’s DAX traded up 0.50%, France’s CAC rose by 0.40%, whilst the U.K. FTSE 100 registered 0.28% gains, as Britain’s leading index traded close to the 7,200 handle. With the exception of a fall against the Aussie dollar, the euro registered early gains versus several of its currency peers, EUR/USD traded up 0.06%, whilst the single bloc currency made gains against CHF and JPY.

The market for U.S. futures, pointed to a positive open for the New York session, at 9:40am the NASDAQ was up 0.33% and the SPX up 0.31%. The key high impact calendar events and releases during Thursday afternoon, concerns the USA economy. At 13:30pm U.K. time the latest GDP growth metric for the USA economy will be broadcast. The combined Reuters and Bloomberg forecast, is for an annualised slip to 3.1%, from 3.2% recorded in quarter one 2019. GDP growth for Q1 is forecast to come in at 0.9%. Analysts and traders will drill down and examine the figures in more detail, for any signs that the trade war Trump has instigated versus China and Europe, has impacted on USA commerce.

The latest advanced goods trade balance metric will be published, which could also indicate any benefits of the tariff policy, implemented since Q3 2018. If as forecast, the deficit for April increases to -$72.3, analysts could interpret the data as a failure of the tariff policy, to redress the various trade deficits the USA operates.

« The Canadian dollar falls as BOC keeps interest rate at 1.75%, whilst issuing a dovish statement, U.S. equity indices fall, as trade war rhetoric is raised. Friday ends the week with several high impact calendar events, which could impact on the value of several major FX pairs. »