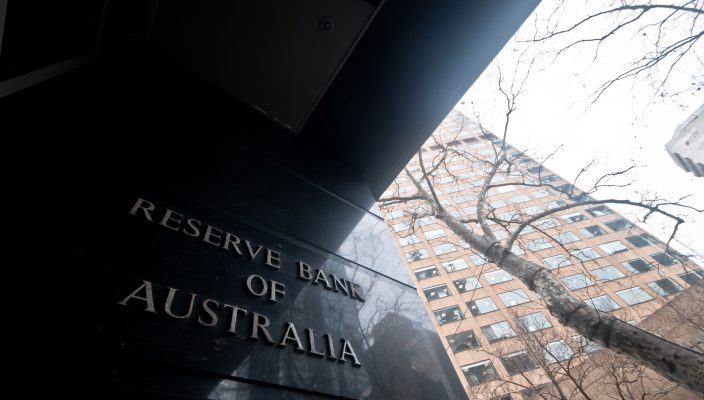 Jun 3 • Forex Trading Articles, Market Commentaries • 2419 Views • Comments Off on Will the RBA, Australia’s central bank, cut the cash rate to 1.25% from 1.50%, and how will Aussie dollar react if they do?

At 5:30am U.K. time, on Tuesday June 4th, the RBA, Reserve Bank of Australia, will announce its decision regarding the country’s key interest rate. The RBA kept the cash rate at a record low of 1.5 percent at the culmination of their May meeting, extending the record period of monetary policy inaction and defying any speculation that the central bank might have eased their monetary policy, following the inflation rate missing the forecasts, during the first quarter of 2019.

RBA committee members remained confident in May, that the 2019 headline inflation figure would be around 2%, supported by an increase in oil prices, whilst they predicted the underlying inflation rate would be around 1.75% in 2019 and 2% in 2020. The committee believed there was still spare capacity in the Australian economy, but that a further improvement in the labour market was needed, for inflation to be consistent with the target.

Market analysts and traders will be looking for a divergence from that May policy stance, after the rate announcement is broadcast, when the RBA issues statements and holds a press conference. The widely held consensus view, after the news agencies Bloomberg and Reuters have recently polled their panel of economists, is for a cut in the interest rate, from 1.5% to 1.25%, which would represent a new record low for the Australian central bank and economy.

The RBA might justify their cash rate cut of 0.25%, by pointing to recent deteriorating, domestic,  economic data and the overall destabilising impact the USA-China trade war and tariffs is having on the Australian economy, which is heavily reliant on its export market to China, particularly for arable goods and minerals. GDP growth in Australia fell to 0.2% for Q4 2018, a considerable fall from the 1.1% recorded in Q1 2018, printing the worst quarterly growth figure since Q3 2016. Through the year to the fourth quarter, the economy expanded 2.3%, the slowest pace since the June quarter of 2017, after a downwardly revised 2.7% growth in the previous period, that came in below the market forecast of 2.5%. Inflation is at 1.3% annually, falling from 1.8%, recording a 0.00% rate for March. The latest manufacturing PMI fell to 52.7.

Despite the overwhelming prediction from economists for a cut in the cash rate, from 1.5% to 1.25%, the RBA could keep their powder dry and avoid a cut, until the current direction of the economy is more clearly defined. Alternatively, they could implement the cut in their efforts to get ahead of any threats on the horizon, to the country’s economic welfare.

Due to the prediction for a cut, FX analysts and traders will focus on the announcement, as the decision is delivered at 5:30am U.K. time. Speculation in the value of AUD will intensify before, during and after the decision is released. It must also be noted that during periods when a central bank has issued forward guidance, suggesting al alteration in monetary policy, if no subsequent change is then announced, the currency can still react sharply, if any adjustment has already been priced in.

« Japan’s equity indices are close to rubbing out year to date gains, USA equity indices futures indicate negative open, U.S. dollar flat, whilst Swiss franc gains. “Sell in May and go away”, if only it was that easy. »