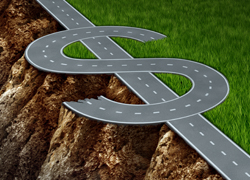 What is a forex trading edge, and how can you develop one?

Dec 28 • Forex Trading Articles • 1072 Views • Comments Off on What is a forex trading edge, and how can you develop one?

Forex traders begin searching for a consistent trading method and strategy from the moment they discover online trading. This search will usually have different phases as the novice FX trader becomes aware of both the possible and the impossible.

At first, the novice or inexperienced trader is looking for a 100% winning, unbreakable trading system. One that never loses. They can become quite obsessed trying to discover what is referred to as the “Holy Grail”. They become convinced that amongst all those indicators and all those market patterns, a system must exist that delivers pots of gold whenever they turn on their platform and activate their system.

In some ways they’re correct, history doesn’t repeat, but it does rhyme, there are undoubtedly patterns that repeat day after day and week after week that you can take advantage of and bank profit. But such a forex trading system won’t be 100% perfect, and it won’t generate 100% winners.

Analysts and market trading coaches often quote the law of probability; the idea is that if a coin gets tossed 100 times, it’ll come up heads about 50 times. So, if you have a positive expectancy of just 51%, you can win. If you can stretch it to a 60%-win rate, then you’re in the money.

But novice traders struggle with the concept of using a system that will lose four times out of ten, if they lose four times in a series, they become disillusioned, bin the strategy and go back to the drawing board.

Develop the mindset of a great chess player

A useful comparison would be a Grandmaster chess champion. Imagine if they played chess at the highest level but were always fearful of losing pieces? They’d never win, they wouldn’t be able to beat a schoolchild with that mindset and game plan.

Trading is similar in many ways. You must accept that to win; you’re going to have to lose some ground. You don’t plan to lose trades and make sacrifices like a superb chess player, but losing is an inevitable aspect of your trading, you can’t avoid it.

You need to develop a predictable strategy that wins and loses but has what we call positive expectancy. We expect a positive series of overall results based on the strategy’s previous performance under testing.

Your forex trading edge is simply the probability of one trade happening in your favour over another not being favourable. Your challenge is to identify an advantage and then use it as a strategy in the market over a length of time that proves its effectiveness.

Moving from the theory to the practical stage is the time when many novice traders come unstuck. When money is on the line traders can become irrational and not let the strategy play out over enough trades to establish its overall worth.

The edge (your edge) will be a Eureka moment, and there isn’t just one Eureka moment. There is no Holy Grail that unlocks wealth; there are probably hundreds of thousands of strategies and methods that work.

However, there’s an issue with FX strategies that identify movements; they’re only as good as the money management you apply to make them work. Therefore, you have a two-part challenge, you must identify and develop your forex trading strategy and subsequently your edge, and you must devise a highly effective money management technique.

Now, this can be secured by the simple but effective use of stops, trailing or otherwise. You place your trade-stop where you’ve become convinced that the trade has gone wrong. You can also set limits where you think the momentum in your favour has become exhausted. Hopefully, we’ve unravelled the supposed mystery of a trading edge. It’s not as complicated or deep as many traders think. Instead, it’s just a simple series of practical steps you must take to discover what works and what works for you.