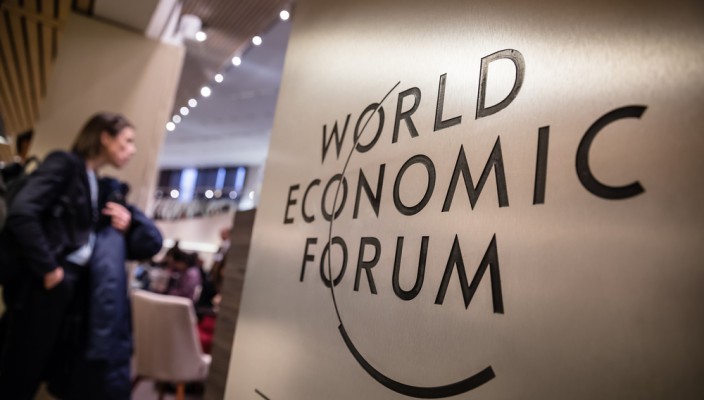 What (if any) impact will the World Economic Forum meeting at Davos have on the key issues facing the global economy and society?

Jan 29 • Forex Trading Articles • 3472 Views • Comments Off on What (if any) impact will the World Economic Forum meeting at Davos have on the key issues facing the global economy and society?

In a relatively quiet week for economic calendar news and events, the mainstream financial media chose to concentrate on two issues from Monday onwards; the inevitable resolution to the USA Federal government shutdown (a deal was reached to keep the system limping along for another three weeks) and the gathering of leading: business people, economists, politicians and indeed celebrities at Davos, from the 23rd to 26th January.

What is the WEF?

The WEF was created in 1971 in Geneva by the social entrepreneur Klaus Schwab. It’s an independent organisation and nonprofit, its mission is to bring political and business leaders together, to help them collaborate on global challenges and discuss potential solutions.

It’s easy to be cynical when we read of this yearly event considering the irony; that one of the key themes for discussion (over the three day event) is “inequality”, when the event is the most: exclusive, unofficial, economic meeting outside, of the G7-G10 meetings. This is one example of why the glittering event creates a mixture of feelings.

Oxfam has called for action on inequality at Davos, as the inequality gap has widened dramatically since 2010; approx. 42 individuals now have the same wealth as 3.7b of our poorest global citizens. There’s currently approximately $50 trillion of wealth parked in offshore investment vehicles globally and in Switzerland there are several huge aircraft hangers, close to the main airport in Geneva, which house art that no one ever gets to see. The art is parked there as offshore investments and hedges, ready to be delivered around the world at any time, during any sale, or during times of financial crisis.

However, the standard defense is put forward that; “it’s their money, they earned it, they can spend it on what they want” and there’s always the trickle-down effect; the ultra-wealthy will buy gold plated Lamborghinis, yachts, thereby stimulating the global economy. By now many of us know that trickle down doesn’t exist or work, as the majority of money that’s brought into existence stays close to where it’s brought into existence, in the banking fraternity and with the elite policy makers and shapers.

The security cost to protect the visitors and the cost for the complete event at Davos isn’t obscene by today’s standards; approx. 4,500 Swiss army soldiers and police officers keep the attendees safe, for a village with a permanent population of just 11,000 that’s quite an inconvenience. The bill for security is apparently eight-ten million francs annually, with the cost split between local and federal authorities and the WEF. For corporate executives, basic annual membership to WEF (required if you want to buy a ticket to Davos) costs 68,000 francs, granting access to only certain sessions. Companies who are ‘associate partners’ or ‘partners’ of WEF will pay more annually and get more access at Davos. There are 100 strategic partner companies, such as; Barclays, Deloitte, KPMG Unilever, who pay circa 600,000 francs for annual membership. This then entitles them to buy a full access pass for up to six, including special privileges. All attendees still have to purchase the actual tickets to the event, at 18,000 francs each.

So after all the chatting, back slapping, wringing of hands, the soothing platitudes mouthed regarding the world’s poorest citizens and all the pained, concerned expressions have been done, what’s left, what will be accomplished? Will the high level politicians and business leaders come away and be energised as to how they’ll shape a brave, new, socially responsible world, ensuring its handed over in good shape for further generations? Or will the private steering committees have accomplished their objective; to protect capitalism in the short term at all costs, whatever the long term damage?

It’s important that we park our cynicism and remain optimistic, whilst recognising the value of these events, as amongst many of the assembled, there will be participants who want to see genuine progress. It’s easy to forget that when Mr. Narendra Modi the P.M. of India, talks about globalisation not failing, he’s concerned over a massive population, amongst whom approx. 500 million don’t have access to what many in the west would consider to be safe, clean drinking water. He needs an inter connected world and shared prosperity, to help lift hundreds of millions of his fellow citizens out of poverty.

Similarly, when representatives from South Africa voice their concerns with regards to climate change they should be listened too. April 12th has been declared day zero in the Cape Town area, when the water supply will be so low that all domestic supply will be cut off. A mixture of climate change and extremely poor resource management, has caused this critical situation to manifest.

These are two examples of many complex issues world leaders have to address. So let’s hope that on their way back from the Davos event, those who have been gifted the power and responsibility to engineer great change, can handle their gift appropriately.

« Investors and FX traders will begin to focus on the U.S. dollar, due to the FOMC interest rate decision, scheduled for Wednesday How the dollar index can prove to be a useful gauge to measure other currency values and performance »