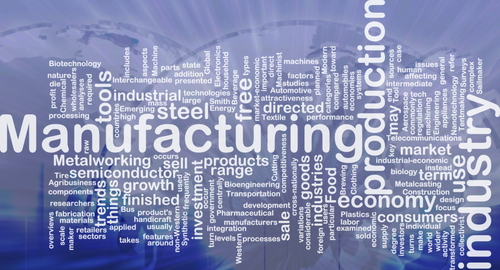 The US dollar held steady against the loonie despite more disappointing forex news regarding the US economy. The USD/CAD reached 0.9694 during early US trading, a close to four month low, although it later consolidated at 0.9709. Analysts said that the pair could reach its support level at 0.9666 and resistance level at 0.9774.

According to forex news about the September Empire State Manufacturing Survey conducted by the NY Federal Reserve Bank and covering New York state, its business conditions index dropped to -10.41 for the survey period, after falling to -5.85 in August, a drop of more than thirteen points. The Survey is intended to gauge economic conditions in one of the country’s most populated states by looking at the current sentiment of some 175 of its manufacturing executives as well as their six month outlook for the sector. Other sub-indices also weakened, such as the employment index, which fell from 16.47 in August to 4.26 in September, and the new orders index, which plunged to -14.03 from -5.50. Conversely, the index for general business conditions expectations rose to 27.22 from 15.20, indicating that optimism for the next six months is rising after declining for the past seven consecutive months.

The results of the Survey followed the Federal Reserve’s forex news announcement that it would undertake a third round of quantitative easing in an attempt to boost economic recovery and create more jobs. The Fed said it would purchase $40 billion worth of mortgage-backed securities a month for the foreseeable future, until the employment market starts to look up. The US employment rate has consistently been above the eight percent level since January 2009.

In its previous two rounds of quantitative easing, the Fed had bought a cumulative $2.3 trillion in bonds. Meanwhile, the central bank kept short-term interest rates at less than 0.25%, and said it would maintain its zero interest rate policy at least until mid-2015. At the same press conference announcing QE3, Fed Chair Ben Bernanke also downgraded the central bank’s growth forecast for the national economy to 2% for 2012, from the 2.4% forecast it had announced in June.

The Fed added that it would continue Operation Twist until the end of the year. Under this $267 billion program, the central bank buys long-term bonds and exchanges them for shorter-term ones in an attempt to lower longer-term borrowing costs for households and establishments.

Meanwhile, forex news on foreign investment in Canada, as reflected in purchases of Canadian foreign securities, was reported to have increased by a less than anticipated C$6.67 billion on a seasonally adjusted basis in July, from C$7.76 billion in June. This was substantially lower than the C$11.3 billion predicted by analysts. However, non-resident investors also bought $4.7 billion in Canadian equities while reducing their money market investments by $4.1 billion. Meanwhile, domestic investors increased their investments in foreign debt by $2.3 billion while selling their holdings of loonie-denominated foreign bonds. For the first seven months of 2012, foreign investors bought $41.2 billion worth of Canadian securities while domestic investors purchased $13.8 billion of foreign debt and equity.