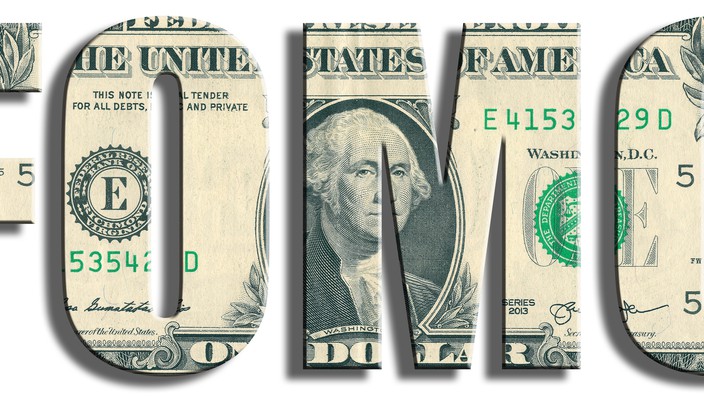 USD comes under scrutiny, as FX traders begin to turn their attention to the FOMC meeting this week.

Jan 28 • Morning Roll Call • 1025 Views • Comments Off on USD comes under scrutiny, as FX traders begin to turn their attention to the FOMC meeting this week.

The U.S. dollar continued to lose further ground versus several of its main peers during the overnight Asian session and the early hours after the London open, as investors and traders turned their attention to the FOMC rate setting meeting, scheduled to take place between January 29th-30th. Versus CHF, JPY, CAD and both the Australasian dollars (NZD and AUD), the dollar registered modest falls in early trading. By 9:45am UK time, USD/JPY traded down 0.16%, and USD/CHF was down 0.10%.

Many market makers and FX traders in the dollar, are predicting that Jerome Powell, the Fed chief, will announce a temporary relaxation of the monetary tightening policy the central bank has adopted, since his appointment. He is expected to acknowledge that global growth is weakening, whilst there are other factors developing in the U.S. economy, most notably benign inflation at circa 1.7%, which have encouraged both him and the rest of the FOMC committee members, to adopt a more dovish policy stance. The trade talks between the USA and China are taking place on Tuesday and Wednesday of this week, which could also concentrate FOMC minds, they may conclude that announcing a rise in the key U.S. interest rates now, would be inappropriate.

As to whether this would be a temporary pause in the tightening cycle, or rates will remain at their current level of 2.5% for the remainder of 2019, will be a subject Mr. Powell May address in his statement, once the rate setting decision is made. Mr. Powell has also come under significant criticism from President Trump, who believes that the rate rises seen throughout 2018 hurt the U.S. economy, particularly USA equity markets, which slumped significantly in the latter weeks of 2018.

The FOMC are due to announce their decision at 19:00 GMT on Wednesday 30th, with Mr. Powell delivering his speech at a press conference at 19:30pm. This will come after the latest growth figures for the USA economy are released at 13:30pm. Economists polled by Reuters are forecasting that annualised growth in the USA will have fallen significantly over the last quarter of 2018, as the Chinese-USA disagreements regarding trade tariffs began to impact on domestic growth. The prediction is that a fall to 2.6%, from the previous level of 3.6%, will be recorded.

Despite the concerns with regards to the global economy, the Japanese yen has failed to attract safe haven investment over recent trading sessions, after the Bank Of Japan issued an inflation report last week, suggesting that inflation would be weak. The central bank recommitted to continue with its ultra loose accommodative monetary policy, whilst delivering no clues as to when the bond buying would end, or if interest rates would rise.

After disappointing growth figures from Germany and France, FX traders are betting that the ECB will maintain its current monetary policy, with regards to the Eurozone and the value of the euro. The ECB downgraded its growth forecast for the single currency bloc last week. Despite this stance EUR/USD made modest gains last week of circa 0.5% and was mostly unchanged during the early trading hours of Monday morning.

Cable was also largely unchanged during the early hours of trading, GBP/USD printed gains of circa 2.5% during last week’s trading sessions, as the U.K. government looked on course to avoid a no deal Brexit, as the clock ticks down to the March 29th exit date. The value of sterling across the board versus its peers was supported by the news that the DUP, who support the U.K. government in a hung parliament, would support the withdrawal bill if what’s termed the “backstop” is removed. However, this possibility was scuttled over the weekend, as both Irish and European lawmakers stated that the backstop would remain, unless the U.K. agreed to stay in a permanent customs union.

European equity markets opened down and traded lower in the early part of the European session, with the U.K. FTSE trading down 0.50%, France’s CAC down 0.62% and Germany’s DAX down 0.51%, at 8:45am U.K. time. The futures for USA equity markets were indicating negative readings for the main markets once opened, the SPX future was down 0.52%, but up 7.99% during the month. Gold continued to hold its value close to the critical psyche handle of $1300 per ounce, trading down 0.21% at 1303.

« FX traders remain focused on sterling, as the Brexit debate returns to Parliament this week. Global stock markets sell off as USA-China trade talks near, oil slumps on inventory rise. »