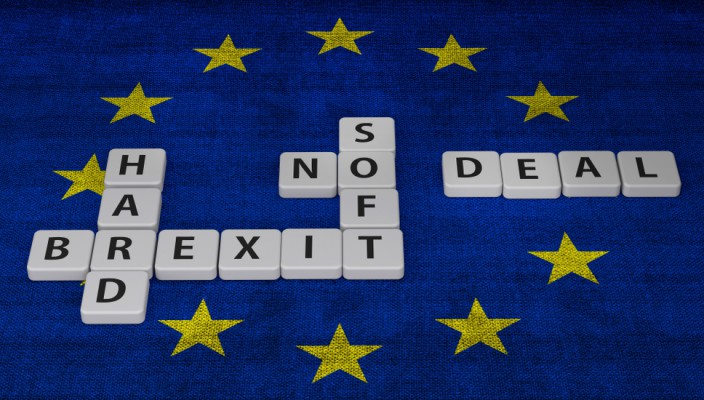 FX traders remain focused on sterling, as the Brexit debate returns to Parliament this week.

Jan 28 • Market Commentaries • 1101 Views • Comments Off on FX traders remain focused on sterling, as the Brexit debate returns to Parliament this week.

Sterling has come under increasingly sharp focus recently, as the U.K.’s divorce from the European Union approaches; scheduled for March 29th 2019. The FX market is often referred to as “reactive”, as opposed to “predictive” and that description appears to have been sustained, by the increased value of sterling versus its main peers, over recent weeks.

Optimism in FX markets for sterling has improved during the past fortnight, due to a no deal Brexit looking less likely. The U.K. Parliament is now ideally positioned to take control of the process, by way of various MPs amendments being heard and potentially voted through, thereby bypassing the executive of the minority Conservative government. The improved political sentiment has caused GBP/USD to rise to a height not seen since early November 2018. The critical handle of 1.300 for GBP/USD was retaken on Wednesday January 23rd, with the major pair ending up circa 1% on Friday 25th, as it breached 1.310. EUR/GBP has retraced from a 2019 high of 92 cents per U.K. pound, to 86 cents.

However, despite the recent bullish performance of sterling versus its major peers, traders who have maintained both faith in sterling and a belief that a combination of the U.K. government and Parliament will find a Brexit solution (that is the least damaging to the U.K.’s economic prospects), need to remain extremely vigilant, during the coming week. Any negative or positive Brexit news, is highly likely to quickly impact on sterling’s value, as the countdown continues. Therefore, during the weeks approaching the March 29th official Brexit date, we’ll witness increased attention and activity in sterling, principally as corporations have to rapidly adjust their hedging positions, traders will also need to react to the quickly changing conditions accordingly.

On Tuesday January 29th, various MPs’ amendments will be put before parliament, in order to prevent a no deal Brexit, sterling might react as the debates and subsequent votes are revealed. Traders would be advised to keep an eye on the timing of the actual results as they’re  announced, which could be early evening, European time.

The U.K. prime minister May also has to begin to present an alternative Brexit plan from this week, after the withdrawal offer she secured from the E.U., after two years of negotiations, was overwhelmingly rejected by Parliament a fortnight back, as she endured a record vote loss in the House of Commons.

Early January, GPB/USD slumped through the 1.240 handle, whilst EUR/GBP threatened to take out 0.92, as the prospect of a no deal crash out of the E.U. looked odds on. May subsequently lost her HoC vote and sterling rallied; the collective wisdom of markets began to bet that a no deal scenario looked less likely. However, the GBP/USD 1.240 yearly low, provides an indication of how quickly sentiment could switch, if the U.K. Parliament fails to make progress over the remaining 30 Parliamentary sitting days, before the official exit date.

Despite the misplaced arrogance of many U.K. MPs, the leading E.U. negotiators have once again emphasised that the negations over the withdrawal agreement will not be reopened. The only olive branch offered to the U.K. came from leading E.U. negotiator Michel Barnier over the weekend. He suggested if the U.K. agreed to a permanent customs union, then what’s referred to as a “backstop” (a mechanism to preserve Ireland’s European status and the Good Friday Agreement) could be removed.

Monday January 28th is a relatively quiet day for medium to high impact calendar news, however, as referenced with the Brexit issue, it’s political events and breaking news that often move our FX markets. And the current major political issues effecting all financial markets, aren’t just restricted to the U.K.

The government shutdown in the USA, which has caused paralysis for close on one million of government employees, who were facing their second month without pay, reached a critical juncture on Friday evening. With one of New York’s airports closing down due to safety concerns and his personal ratings tumbling to fresh lows since he was inaugurated, President Trump’s concentration became more focused; he blinked first in his failed battle for $4b of funds to build a wall, between Mexico and the USA.

He announced he would assist government funding to restart. The shut down developments occurred Friday evening/Saturday morning. Once USA equity markets open on Monday afternoon, traders will be in a position to gauge if the increased sentiment witnessed over recent weeks, will be maintained. That recent, improved sentiment has been supported by China – USA relations thawing over recent weeks, after Chinese officials provisionally committed to massive purchases from the USA, in order to improve the USA balance of payments deficit with China. As to what the USA could cheaply export to the globe’s fasting growing economy, in order to alleviate the increased deficit, is a curious phenomenon to consider.

The U.S. dollar has fallen versus several of its main peers over recent weeks, market makers may have judged that the FOMC and Fed might alter their previous conviction; to raise U.S. interest rates several times in 2019, to complete what’s referred to as their “normalisation process”; raising rates to circa 3.5% by Q4 2019. With the Chinese trade issues still concentrating investors’ minds and the equity markets still recovering from their late 2018 sell off, many analysts are suggesting the FOMC might adopt and reveal a more dovish policy, during their next scheduled, interest rate setting meetings. The dollar has fallen significantly in 2019 versus CHF and CAD. USD has also fallen versus both Australasian dollars; AUD and NZD.

« Dollar in Fed’s cross hairs, struggles near one-week low as rates signal awaited USD comes under scrutiny, as FX traders begin to turn their attention to the FOMC meeting this week. »