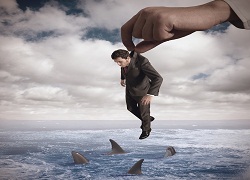 The main bourses in the USA closed down marginally on Thursday despite there being some positive data published regarding the USA economy. The USA weekly unemployment claims fell to 311K a fall of 10K on the previous week whilst the 4 week morning average fell to 317K a fall of circa 9.5K.

Also the USA economy has expanded at a rate of 2.6% over the latest quarter, up from the 2.4% previously. The negative news from the USA came in the form of existing home sales which fell for the eight month in series according to the data released.

Contracts to purchase previously owned U.S. homes unexpectedly fell in February for an eighth straight month, a sign of further weakness in the industry. The index of pending home sales decreased 0.8 percent after a 0.2 percent drop the prior month that was previously reported as a gain, figures from the National Association of Realtors showed today in Washington. The median forecast of 39 economists surveyed by Bloomberg called for a 0.2 percent rise. Colder-than-normal weather probably played a role in discouraging prospective buyers faced with rising mortgage rates, higher prices and limited supply of cheaper properties.

Economy in U.S.A. Expanded at Faster Pace Than Previously Estimated

The U.S. economy grew more rapidly in the fourth quarter than previously estimated as consumer spending climbed by the most in three years, showing the expansion had momentum heading into this year’s harsh winter. Gross domestic product grew at a 2.6 percent annualized rate from October through December, more than the 2.4 percent gain reported last month, figures from the Commerce Department showed today in Washington. The median forecast of 79 economists surveyed by Bloomberg called for a 2.7 percent increase. Robust consumer spending on services, particularly health care, helped accelerate the expansion.

The euro dropped 0.5 percent to 82.72 pence early evening New York time, the third-straight daily decline. It touched 82.63 pence, the lowest since March 6th. Europe’s common currency fell 0.3 percent to $1.3740, also a third consecutive loss, the longest stretch since January. The yen gained 0.2 percent to 140.41 per euro and slipped 0.1 percent to 102.18 per dollar. The euro fell to a three-week low against the pound on speculation the European Central Bank will ease monetary policy while above-target U.K. retail sales data added to bets the Bank of England will increase interest rates.

New Zealand’s currency has advanced 5.8 percent in the past three months, the best performer of 10 developed-nation currencies tracked by Bloomberg Correlation-Weighted Indexes. The U.S. dollar and the euro dropped 1.3 percent, while the yen gained 2 percent.

The gap in yields between U.S. five- and 30-year Treasuries narrowed to the least in four years as traders speculated economic growth may be robust enough for the Federal Reserve to raise interest rates next year. The securities sold Thursday priced at a yield of 2.258 percent, compared with the pre-auction forecast of 2.261 percent from the Fed’s 22 primary dealers required to bid at U.S. government-bond offerings. The bid-to-cover ratio, which gauges demand by comparing the amount bid with the amount offered, was 2.59, compared with the average for the past 10 auctions at 2.56.

Personal spending details are published in the USA, expected in at 0.3% month on month up with personal income up 0.4% month on month. The revised university of Michigan consumer sentiment index is published expected to come in at 80.6.

« UK retail sales rise by 1.7%, ahead of analysts’ expectations of 0.5%, as Ukraine gets cash loan agreement from the IMF How copy trading can provide an excellent interim learning method for traders suffering from a crisis of confidence, or profitability, or both »