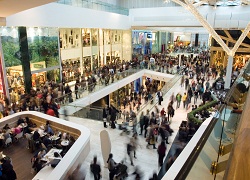 UK retail sales rise by 1.7%, ahead of analysts’ expectations of 0.5%, as Ukraine gets cash loan agreement from the IMF

Despite the lacklustre retail figures over the Xmas period and the harsh (and very wet) weather experienced in January and February in the UK, retail sales have posted a very healthy increase in the latest print, courtesy of the UK’s official stats body the ONS. The monthly figure was a very credible 1.7% increase, whilst the year on year increase was 3.7%. In terms of costs the deflation was around 0.2%, overall this is now the strongest series of growth figures since 2007. The effect on cable was immediate with price breaching R1 and pausing before reaching R2.

In other news the IMF have agreed to step in and agree loans to Ukraine, this will replace the working capital loans required after the interim govt. cut their ties and agreements with Russia. Russia will presumably now recoup their lost loan money by squeezing the Ukraine’s price for oil and gas therefore the majority of the loans will end up in the coffers of Russia’s leading energy suppliers such as Gazprom. Check mate.

From Europe this morning we received the latest data on consumer and business loans and it would appear that the appetite for debt is still stagnant, loans to the private sector fell by 2.2% in February. Although a lower impact news release this news will eventually filter down into consumption and production figures to be published over the coming months and year.

Lending to households and firms in the euro zone shrank further in February and money supply growth remained subdued, adding to the European Central Bank’s list of concerns ahead of its policy meeting next week. The ECB has cut interest rates close to zero, pumped extra liquidity into the banking system and announced a fresh government bond purchase programme, but the measures have so far not managed to unclog lending to the real economy. Euro zone inflation is also running far below the ECB’s target of just under 2 percent, hitting 0.7 percent in February. Loans to the private sector fell by 2.2 percent in February.

An International Monetary Fund (IMF) mission worked in Kyiv during March 4-25, to assess the current economic situation and discuss the authorities’ economic reform program that could be supported by the IMF. At the conclusion of the visit, Nikolay Gueorguiev, Mission Chief for Ukraine, issued the following statement today in Kyiv: “The mission has reached a staff-level agreement with the authorities of Ukraine on an economic reform program that can be supported by a two-year Stand-By Arrangement (SBA) with the IMF. The financial support from the broader international community that the program will unlock amounts to US$27 billion over the next two years. Of this, assistance from the IMF will range between US$14-18 billion, with the precise amount to be determined once all bilateral and multilateral support is accounted for.

The dollar fetched $1.3783 against its European peer. It gained 0.4 percent over two days to $1.3781 yesterday, paring a drop this quarter to 0.3 percent. The New Zealand dollar reached an 11-month high and Australia’s currency extended gains versus most major peers amid signs of resilience in the South Pacific nations’ economies.

Treasuries were little changed, with the benchmark 10-year yield at 2.70 percent early in London. That’s still less than the average over the past decade of 3.46 percent. The price of the 2.75 percent security due in February 2024 was 100 13/32.

Yields were 2.26 percent for seven-year notes and 3.56 percent for 30-year bonds. The extra yield investors get for buying the longer maturity narrowed to 1.27 percentage points earlier this week, the smallest amount in four years. Treasury seven-year notes were among the world’s worst-performing government securities before the U.S. sells $29 billion of them today.

« Making a part time living from FX trading, can we make a reasonable return from an approx. €10K account, can raising our risk deliver the account size we need to trade full time? USA bourses close down marginally despite the mainly positive high impact news events »