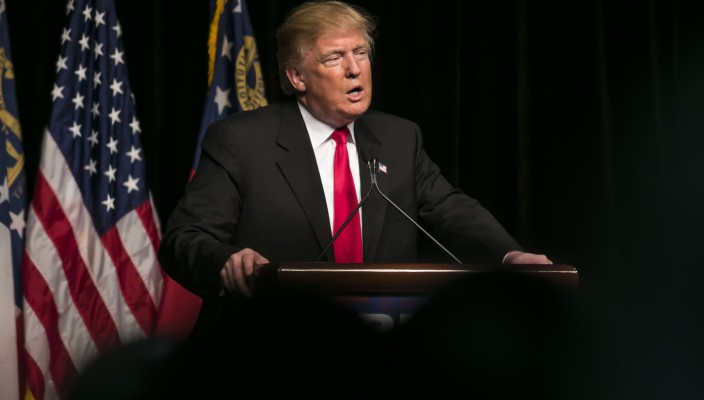 Despite the appeals from the Washington’s allies, the United States President Donald Trump has kept his intentions and had imposed new sanctions to Iran, as Reuters had reported. Furthermore, he has promised that companies that are doing business with Iran will be banned from the United States. The cause of the move was the Iranian rejection of the last-minute talk offer from Trump’s administration, with the opinion that they cannot negotiate while the US has backed on the 2015 deal to lift sanctions.

The allies that have tried to convince President Trump otherwise were mainly Britain, Germany, France, China and Russia, thus the European countries will now try to lessen the impact of the new sanctions and try to persuade Iran to abide by the deal’s terms. Despite the promised efforts, EU companies have left Iran as they are not ready to face the risk of damage to the businesses they operate in the United States.

As per the view of John Bolton, White House national security adviser, the only chance that Iran has to avoid the sanctions is to accept Trump’s offer to negotiate and give up the ballistic missile and nuclear weapons programs completely. In addition, President Trump had tweeted on Tuesday that the new sanctions are the ‘most biting’ sanctions ever and adding on the threat of anyone doing business with Iran would not do business with the United States, he had stated that he is simply asking for world peace, nothing else.

It is important to mention that until now Iran has complied with the terms of the deal that was reached in 2015 while President Obama was on power, however the current administration sees the agreement as not strenuous enough. The new sanctions are targeting Iranian purchases of US dollars, industrial software, auto sector, as well as metals trading and coal.

As an answer to the sanctions, Iran’s President, Hassan Rouhani had rejected negotiations with the view that the US in no longer fulfilling terms of the deal. According to Reuters, he had stated that the Washington is becoming isolated internationally and would regret imposing sanctions that are against the views of US allies and other world powers.

The overall fear of the newly imposed sanctions is that they would not allow Iran to grow, as there was an improvement seen when the initial sanctions were lifted, such as rise in oil exports and overall economic improvement of the country.