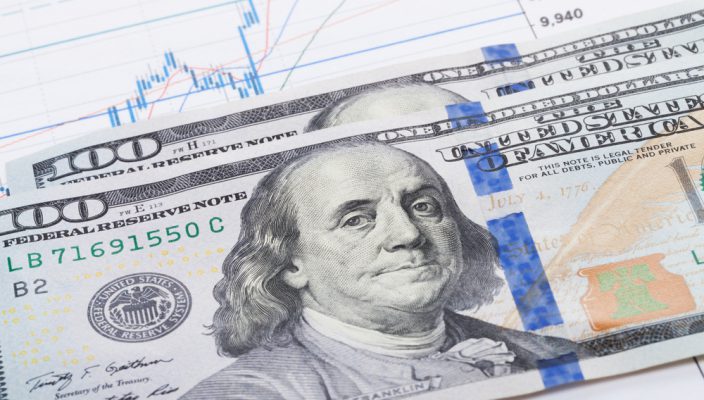 US Dollar soars to 3-month highs

US lawmakers approved $ 1.9 trillion in stimulus, and the US labor market report, which was released on Friday, was strong. However, despite this, sales are observed in the market of risky assets, so the dollar is strengthening.

The dollar index traded near three-month highs on Monday after a massive US Senate’s massive stimulus bill triggered another sell-off in the bond market. At the same time, major commodity currencies declined amid declining risk appetite.

The Senate passed a $ 1.9 trillion anti-crisis plan a day after releasing a very strong report on the US labor market. Employment statistics pushed the dollar to its highest level since November 2020.

“The dollar is in demand because the US is the most services economy in the world, and once the recovery is in full swing, the dollar will be the icing on the cake,” said Stephen Innes, chief strategist at Axi Global Markets.

Investors are raising rates on a faster economic recovery this year, fearing higher inflation. This is driving bond yields higher despite assurances from central banks, including the US Federal Reserve, that monetary policy will remain supportive.

The yield on 10-year US Treasuries was near annual highs, while the Nasdaq index futures were down about 1%.

The speculators cut their netted short dollar position in the last reporting week to $ 27.80 billion, the smallest short position since December 15. Thus, in recent weeks, dollar bears have refused to increase rates against the dollar.

The Chinese yuan fell to more than a two-month low, with the rise in the dollar and US yields in recent days prompting many investors to revise their forecasts for the yuan, which the market expected to strengthen steadily until the end of the year.

The growth in Treasury yields provokes a decline in the stock market and supports the dollar demand.

At trading on Monday, the dollar continues to rise in price against most currencies against the backdrop of declining futures on world stock indices and rising Treasury yields.

“The strong economic recovery in the US and China, as well as the prospects for Washington’s imminent release of a large new stimulus package, support the positive sentiment in the markets,” said David Forrester, FX strategist at Credit Agricole. “But the growth in Treasury yields makes investors doubt the adequacy of the stock market valuation. In such circumstances, buying the dollar becomes the default trade. “

Last year, the coronavirus pandemic dealt a powerful blow to developing countries’ currencies: the Russian ruble fell against the dollar by 17%, the Turkish lira by 20%, the Brazilian real by 22%, and the Argentine peso by 29%. However, some EM currencies, mainly in East Asia, showed much better performance and, in some cases, even appreciated against the greenback.

The MSCI EM FX, Emerging Market Index, started the year with an upward movement, after which it hovered around the 2020 close. However, it hit its year-to-date low on Friday and tested the 100-day MA (see chart above).

The main outsiders among EM currencies so far are the Brazilian real and the Argentine, Mexican and Colombian pesos.