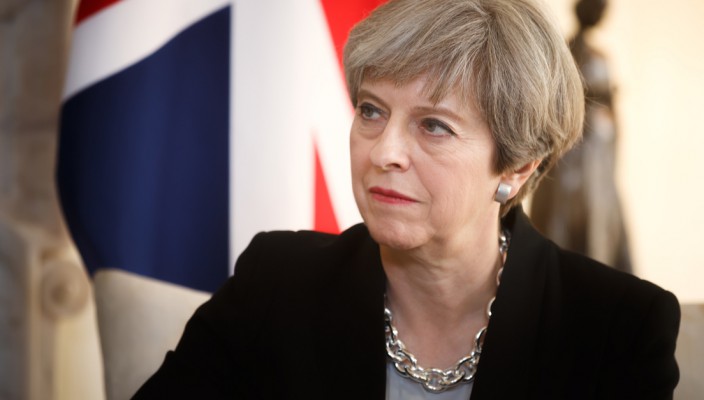 UK manufacturing PMI held a pleasant surprise yesterday and US manufacturing activity remains strong. All eyes will be on Prime Minister May speech today

Mar 2 • Morning Roll Call • 4389 Views • Comments Off on UK manufacturing PMI held a pleasant surprise yesterday and US manufacturing activity remains strong. All eyes will be on Prime Minister May speech today

The UK Markit PMI for manufacturing held a pleasant surprise despite the fact that it did not rise, but it held better than expected (55.1) coming at 55.2 down from 55.3. Still, it is the third consecutive decline and compares with the 56.9 average in Q4 17 and 55.9 average for all last year. The December 2018 short-sterling futures implies a 1.3% yield. This is an eight basis point decline from the peak at the start of the week, but sterling’s chief challenge stems from the US dollar’s recovery and Brexit.
May’s speech today may have lost its edge, after ten Tory MPs reportedly will support an opposition amendment to a trade bill requiring the UK to stay in a customs union with the EU. This is the exact opposite of what the UK’s cabinet has supported. The EU’s draft treaty was really a worse case agreement, seemingly purposeful to provide additional pressure. As we have written about previously, the significance of the Irish border issue should not be underestimated in the negotiations.
With regards to the Eurozone, the small uptick in the final EMU February manufacturing PMI to 58.6 from 58.5 did practically nothing to help the euro and dispel ideas that economic momentum may have peaked at the end of last year.
The manufacturing PMI is a full index point below the January reading, and is the second consecutive decline. The ECB meets next week and Draghi often refers to the sentiment indicators and seems to use them as leading indicators. The softer PMI readings may temper changes in the forward guidance, which is the focus.
The US ISM manufacturing index improved to 60.8 in February, the highest reading since the mid-2000s and above expectations. The continued improvement in the ISM manufacturing top-line index indicated that momentum in the manufacturing sector will likely continue over the near term and is consistent with other regional surveys.
The employment index increased strongly 5.5pp to 59.7, indicating that manufacturing employment in February likely continued to expand at a healthy pace. The index may have been temporarily weakened in January as a colder-than-usual weather hit early in the month.
New export order growth picked up in February as synchronized global growth continues to bolster manufacturing activity in the US. Looking at the comments from respondents, most highlighted characteristics of the strong economy including a tight labor market, steady orders and some increases in capital expenditures. Continued strength in the manufacturing sector fits well with our optimistic growth outlook for 2018 as a whole. – FXStreet

EUR/USD
EUR/USD staged a solid rebound from 1.2173 yesterday and rose to 1.2273, engulfing the previous day’s high and low. The bearish pressure may ease on a steady recovery above 1.2240, the immediate resistance, but the pair would need to advance beyond the 1.2300 level to become more attractive for EUR bulls. The macroeconomic calendar for both economies will be much lighter today, with attention shifting to the UK as BOE’s Carney and PM May will speak in different events. In the meantime, Europe will release its January PPI while the US will close the macroeconomic week with the Michigan Consumer Sentiment Index for February. – FXStreet

GBP/USD
The GBP/USD pair created a bullish hammer candle on the daily chart, but only at NY close above the ascending 50-day moving average (MA) of 1.3830 would confirm a bullish reversal. Today will be a key political day, as PM May is due to speak about Britain’s post-Brexit relationship with the European Union, in London. Hopefully, she will present a clearer path of action this time, although early week statement from Barnier made it clear that the EU won’t make it easy for her. – FXStreet

USD/JPY
The one-month 25 delta risk reversals show the implied volatility premium for JPY calls has increased to 1.62 today vs. 1.27 on Feb. 28, indicating the traders expect USD/JPY to extend the decline further towards the recent low of 105.55. Japan released National and Tokyo inflation figures during the trading session, seen barely up from previous readings. The National CPI ex-food and energy is seen up yearly basis in January by 0.9% from the previous 0.3%, which will be quite an encouraging sign, despite still far below BOJ’s target. – FXStreet

GOLD
Gold (XAU/USD) created a “long-legged” doji candle yesterday that marks a sharp rebound from the 100-day moving average (MA) support. As per textbook rules, the candlestick pattern signals indecision in the marketplace. However, when viewed against the backdrop of the decline from $1,361.76 (Feb. 16 high), the doji candle indicates bearish exhaustion. – FXStreet

« The Italian Election 2018 is just few days away. Who are the key candidates & how EUR can be affected? Official results of Italian votes are not expected to be soon, but projections point to a hung parliament »