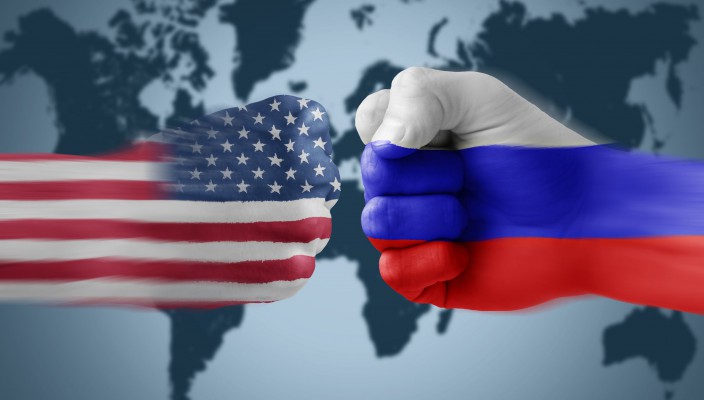 Traders will be keeping a close eye on the geopolitics and the trade talks, as further developments will more than likely have a high impact on the markets. After the US President, Donald Trump had tweeted on Saturday, praising the US-led intervention in Syria as ‘perfectly executed’ and ‘missing accomplished’, Russia did not stand silent and its’ President, Vladimir Putin called the intervention an ‘act of aggression’ and the Russian ambassador to the US warned of ‘consequences’. In case that the current war of words between America and Russia escalates, it is expected that the market sentiment could take a hit.

As this was not enough, the US-China trade conflict may escalate further as the White House is still to announce which goods categories will be subject to a 25% tariff. Of course, China will not remain silent and would be quick to announce a retaliation.

Nevertheless, according to the analysts in Nomura, anticipate the US economy to stay strong throughout the 2018 and another 4 hikes from the FOMC may be expected; inflation is also anticipated to climb higher. The growth is boosted by tax-cuts and a pick-up in government spending, while jobs remain above the long-term sustainable pace.
The retail sales for the US yesterday came with a better than expected with 0.6% as opposed to 0.4% forecasted, supporting the expectation of strong economy with strong consumer confidence.

This week we can expect mixed UK data, where further hastening in wage growth may be enough to ensure BoE rate hike next month. According to the Developed Markets Economist at ING, James Smith, there is just under a month until the BoE next meeting and the possibility of a rate hike in high. The recent Brexit progress and signs of rising wage growth means that markets have a rate rise in May almost priced in and none of the BoE speakers made any attempts last week to halt the expectations. It is suspected that the policy makers have more or less already made up their minds and the anticipated rate hike is close. In addition, on Wednesday we are expecting the UK Consumer prices and Producer prices.
From the US, Wednesday will bring us analysis in the Beige Book, prepared for the 1-2 May FOMC meeting and it is expected to provide useful framework for the investors reaction to the aggressive trade policy announcements we have been hearing from the Trump administration.
ECONOMIC CALENDAR EVENTS FOR APRIL 17th

« The US airstrike on Syria may lead to destabilization of global talks Reserve Bank of Australia: gradual approach to policy with a hint of uncertainty; Bank of England expected to hike rates just once in 2018 »