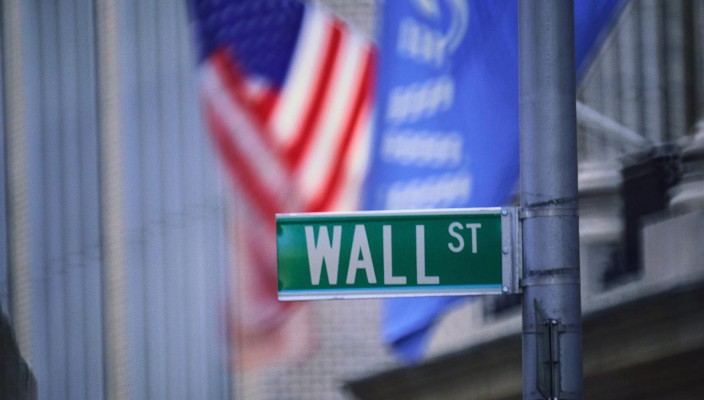 The SPX rose by 2.6% last week, in a shortened week when many investors were stumbling back to their desks. And the index continued its recent bullish momentum, rising by 0.13% on Tuesday, with the DJIA rising by 0.41%, as analysts and traders continued to price in the impact the tax reduction plan, now signed into law in the USA, will have on the main markets during 2018.

What’s termed “earnings season” begins at the end of this month, if the annual reports and results are positive for the banking sector in particular, then the effect on the markets could be significant. The dollar index rose by 0.3% on the day, reaching an approximate seven day high, with the USD making strong gains versus the Swiss franc, as did all major currencies throughout the day, whilst the yen also made significant gains.

The yen rose versus its peers, as the Bank Of Japan reduced its purchases of long-dated government bonds in market operations, creating rumours that the central bank might start to taper its stimulus programme later in 2018. Economic calendar events relating to the USA were thin on the ground on Tuesday; JOLT (job openings) reduced marginally, whilst small business optimism reduced slightly in December. Gold gave up some up its recent gains as it slipped through the first two levels of support, whilst WTI oil rose by approx 1% on the day, taking out the $63 per barrel handle, a level not reached since April 2015.

In the U.K. the prime minister continued reorganising her ministerial cabinet, in an attempt to generate public support and interest. At the current count the amount of women in top ministerial positions is less than 25%, therefore the claims of gender equality have fallen short, whilst counter claims that the timing of the shuffle was a gimmick and p.r. stunt, in order to deflect attention from Brexit, appeared to have some merit, given the most recent developments.

It was revealed by the Financial Times on Tuesday that the E.U. have put together a plan for a no deal U.K. exit scenario, which the British exit negotiating complained about on Tuesday, citing that it undermined their domestic image and position, despite the no deal scenario being a British suggestion. The situation was best summed up by Mr Schinas ( a EU spokesperson), who told reporters in Brussels:

“Here in the European commission we are somehow surprised that the UK is surprised that we are preparing for a scenario announced by the UK government itself”.

The prime minister is apparently still considering creating a new ministerial position to be titled the “no deal minister”. This bizarre development caused sterling to fall in early trade on Monday, then sterling recovered, but as the rumours gathered pace of this possible appointment again on Tuesday, the pound fell versus several peers, with GBP/USD falling to a five day low at one stage, whilst the FTSE 100 printed a record high.

Eurozone economic calendar news began with a surprising marginal increase in Swiss unemployment rate to 3.3%, combined with the publication of Swiss National Bank preliminarily results, markets witnessed a fall in the value of the franc. The Swiss National Bank revealed that it expects a 2016 full-year profit of 24 billion francs ($23.6 billion) after a record loss during the previous year. The central bank made 19 billion francs on currency holdings in 2016, which will enable it to distribute money to the federal government and municipalities. In other news Germany’s industrial production beat forecasts; rising by 3.4% MoM for November and 5.6% YoY. Whilst the trade balance rose to a €23.7b surplus for the month. The leading Eurozone markets closed up on the day; Germany’s DAX closing up 0.13% and France’s CAC up 0.67%.

USD/JPY fell by over 1% and plunged through S3 at one stage during the day’s trading sessions, as the major currency pair reached a four day low point of 112.36. The pair recovered some losses, retracing back to S2 and closing the day out down circa 0.6% at 112.64. USD/CHF traded in a strong bullish trend throughout the day, breaching R3 and closing out up circa 1% at 0.983. USD/CAD traded in a daily bullish trend range during the sessions, closing out up circa 0.4% at 1.247 and above R1, however, the fall of the currency pair since approx. December 20th, is best observed through the prism of a daily chart, on which the 100 DMA is sited at 1.259.

EUR/USD traded in a narrow bearish range and daily trend during Tuesday’s sessions, the major currency pair fell by 0.3% on the day, closing out at circa 1.193, close to S1. EUR/GPB continued its fall which began yesterday, after trading in a tight range on Tuesday the cross currency pair ended the day below the daily pivot point and down circa 0.2% at 0.881. EUR/CHF gained by approx 0.3% on the day, closing out at 1.173, close to the first line of resistance.

GBP/USD recovered earlier European session losses which saw the major pair fall to 1.3450, to end the day down circa 0.3% at 1.3533 and close to S1. GBP/JPY plunged through S3 to post a 1%+ loss on the day, at one stage during proceedings as New York opened. The cross currency pair then recovered, to close down circa 0.6% on the day, at 152.5

XAU/USD gave up gains built up over recent days as it whipsawed in a wide bearish range during the day, printing a low of 1,310 as price breached S2, then recovering to rise above S1, to then give up this retrace, falling back to the S2 level at circa 1,311 as Tuesday’s trading drew to a close.