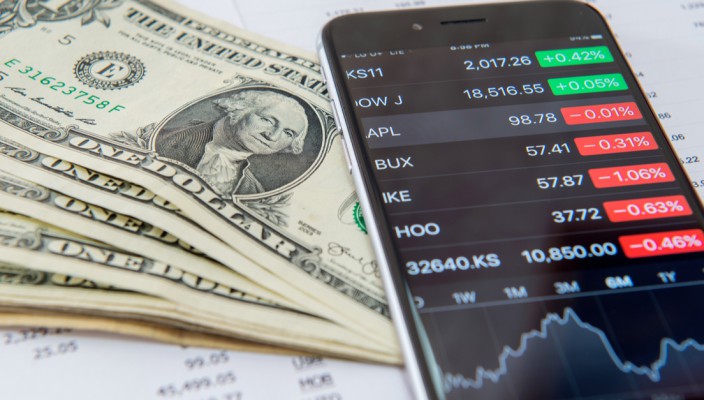 All three major USA market indices reached record highs during Wednesday’s New York trading session; the DJIA, SPX and the NASDAQ rose as a consequence of positive, high impact, fundamental economic releases, that mostly beat forecasts. The ISM manufacturing index for the USA came in at 59.7 for December, construction spending rose by 0.8% in November to a record annual high, whilst new orders recorded a 69.4 reading for December. This positive news extended beyond impacting equity values, the news also caused the U.S. dollar to rise versus its three main peers; yen, euro and sterling.

On Wednesday evening The Fed released the minutes from their December FOMC rate setting meeting and the release contained few surprises. The committee voiced their concerns on inflation being below the 2% target, whilst suggesting that the tax cuts, which will cut the corporate tax rate from 35% to 21%, may have a healthy trickle down effect on consumers’ spending ability, thereby increasing inflation. The committee appeared unified on the pace of the intended interest rate rises in 2018, appearing to suggest a pattern of raising from perhaps March onwards, whilst reserving the capacity to stall further rate rises, if the economy/markets react badly.

WTI oil rose during Wednesday’s sessions, breaching the $61 per barrel for the first time since May 2015. Gold gave up some of its recent gains, falling to $1317 per ounce as its safe haven appeal reduced, closing the day out down circa 0.1% on the day.

European equities rallied on Wednesday, as investors’ sentiment improved and they ignored a cluster of politic issues, such as; the upcoming Italian election, Germany’s impasse on a potential new coalition government, Catalonia and Brexit. the euro fell versus the U.S. dollar, but rose versus sterling and the Swiss franc. The franc fell versus the majority of its peers despite an extremely high Swiss manufacturing PMI; beating forecast by coming in at 65.2 for December, sight deposit levels slipped in Swiss banks and the safe haven appeal of CHF diminished, as the USA equity markets and U.S. dollar rose.

Sterling fell versus its main peers on Wednesday, with analysts and traders suggesting that they had few reasons to bid up the pound further, until the U.K. delivers positive news on a potential Brexit trade agreement. The U.K. construction PMI for December missed forecast, but the ONS (the U.K.’s official statistics agency), improved their estimate for annual U.K. GDP, up from 1.5% to 1.7%. Sterling increased by circa 10% in 2017, the largest gains seen since 2009, but despite rising to a high not seen since September early in the trading sessions, after breaking the critical 1.3600 handle on Tuesday, GBP/USD fell by circa 0.7% on the day.

XAU/USD slipped from its recent high of 1321, to post a low of 1307, after falling through S1, before recovering the majority of losses to close out the day at circa 1317, down approx. 0.1% on the day, still significantly above the 100 and 200 DMAs and crucially maintaining its position above the critical handle (round number) of $1,300 per ounce.

« FX markets reopen quietly after the New Year break Will the first NFP release of 2018 continue the recent trend of bullish fundamental economic news in the USA? »