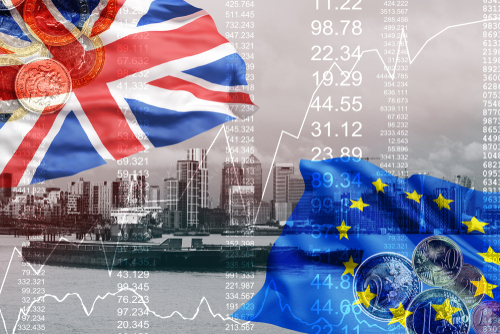 The U.S. dollar traded close to a six week high, versus a basket of its currency peers, during the overnight and early morning trading sessions on Monday February 11th. The upcoming USA-China trade talks begin this week, with the aim of discouraging the Trump administration from implementing the threat of sanctions, on a further $200b of Chinese imports. The upcoming talks are beginning to concentrate both investors’ and traders’ minds, whilst consequently influencing their trading decisions. The import tariffs on the $200b of Chinese goods, are set to rise from 15% to 25%, if no resolution is reached.

The key USA interest rate is currently 2.5%, due to this rate being out of step with other central banks, the greenback has developed safe haven appeal, during the recent times of uncertainty and potential looming crises. The strength of USD as a safe haven currency can be measured best versus its performance of other traditional safe haven currencies, such as the Swiss franc and Japanese yen in particular.

The kiwi, the New Zealand dollar, which lost 2.2% during last week’s trading sessions, was 0.16% higher during the first part of the London FX trading session. Analysts expect the kiwi to remain under intense pressure over the short term, after the country posted disappointing unemployment and employment data last week. The RBNZ; Reserve Bank of New Zealand, is widely expected by news agencies such as Bloomberg, Reuters and the economists they poll, to leave the official cash rate unchanged at 1.75%, when it announces its rate setting decision on February 13th, at 1:00am U.K. time.

The central bank may adopt a more dovish tone and revise down its previous forecasts, in line with other major central banks, who collectively predict growing risks to the global economic outlook. The RBNZ Governor’s press conference, in which the justification for the decision and the outline of any monetary policy change will be explained, is scheduled to take place at 2:00am.

Resolution, a U.K. based think-tank, broadcast a sobering statistic for U.K. households on Monday morning; U.K. households are £1,500 worse off (on average) today, versus the expectation before the 2016 referendum. GDP growth has slowed, whilst the drop in sterling versus its main peers has driven inflation up, impacting on personal incomes. Resolution stated U.K. citizens have experienced the sharpest income growth slowdown of any advanced economy, over recent years.

At 9:30am the U.K. official government statistics agency, the ONS, published a significant raft of data concerning the U.K. economy. The key metric revealed was the latest available quarterly growth figure for Q4 2018, which came in at 0.2%, missing the forecast of 0.3%. The month on month figure for December came in at -0.4%, a shock miss based on the forecast of a 0.00% flatline. Yearly, the U.K. GDP growth is now at 1.3%, falling from 1.6%. The 1.3% figure represents the weakest growth in the U.K. economy, in over six years.

Naturally, the various scribes in the mainstream media will rush to pin the blame on various factors, with Brexit being the obvious target. However, it’s not necessarily the imminent exit that has caused such a fall in growth, highlighted by the contraction of -0.4% in December. More likely, the handling of Brexit by the U.K. government has created uncertainty, which has led to growth of 0.2% in Q4, as many businesses have delayed decisions due to the confusion and indecision.

If the U.K. government hadn’t taken the talks with the E.U. down to the wire, then sentiment may have improved, or been maintained at its previous level. Of particular note is the fall in business investment, falling to -3.7% year on year in Q4, indicative of the lack of faith business has in U.K. security and the lack of confidence in the U.K. government, to deliver any form of Brexit that doesn’t harm business.

Shortly after the ONS data series was published, sterling fell versus the majority of its peers; GBP/USD traded down 0.39%, threatening to breach S2, giving up position from the 1.300 handle maintained over recent weeks, to trade at 1.289. The U.K. FTSE 100 traded at 7,148 up circa 1%, with the rising value of USD v GBP proving good for the USA firms listed in the leading U.K. index. Looking towards the New York open; the futures markets indicate a circa 0.40% rise in the SPX and DJIA, once trading commences.

« The March 2nd deadline for further Chinese tariffs has come onto investors’ radar, whilst the U.K. ONS publishes the latest data on GDP What is FX price action, how can traders identify it and how can they potentially profit from it? »