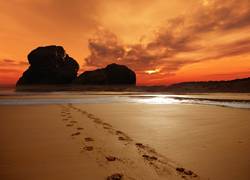 Two steps forward and one step back. Recognising the impact of cognitive dissonance on trading

Dec 5 • Forex Trading Articles • 1694 Views • Comments Off on Two steps forward and one step back. Recognising the impact of cognitive dissonance on trading

It's accepted wisdom within our forex trading community that in order to become successful and consistently profitable forex traders need to completely re-configure their 'personal hard-drive'. As part of this de-fragging exercise traders need to dramatically reorganise both their belief and their reward systems.

Retail traders will arrive at trading from diverse occupations, the likelihood is that they're mature in age, perhaps moving into trading from previous professions that have little in common with trading therefore their personal hard wiring is already calcified.

To expect change or to demand change of ourselves to enjoy the benefits of trading can represent a considerable challenge for even the most pliable and adaptable of personalities. However, the importance of both our belief and reward 'systems' being modified to fit around trading can often be overlooked in the search for success…

A psychological reward is a process that reinforces behaviour something that, when offered, causes a type of behaviour to increase in intensity. Reward is an operational concept for describing the positive value an individual ascribes to an object, behavioural act or an internal physical state. Natural rewards include those that are necessary for the survival of species, such as eating, mating, and fighting.

Secondary rewards derive their value from the primary reward, and include shelter, money, pleasant touch, beauty, music, etc. The functions of rewards are based directly on the modification of behaviour and indirectly on the sensory properties of rewards. For instance, altruism may induce a larger psychological reward, although it doesn't cause sensations. Rewards are generally considered more effective than punishment in enforcing positive behaviour. Rewards induce learning, approach behaviour and feelings of positive emotions.

Defining rewards in our industry can be extremely difficult given we know each trading day we face an inevitability; at some stage throughout most trading days we will experience the intense emotional feelings of either success, failure or more likely both. We will experience both emotional highs and lows, we will lose and make money and we will be at the sharp end of 'events' that we have absolutely no control over. In order to enjoy success we willingly have to put ourselves in a hostile environment that many would regard as an emotional battlefield and yet we have to adapt our state of mind to embrace failure before each trading day. Whilst we can measure success by our account balance increasing or counting pips the overall process of winning in our chosen profession; the two steps forward once step back best practice, is extremely difficult for many to accept as the optimum, it is fact above the mean average and would be regarded as an excellent performance.

In order to be successful retail traders have to undergo a transformation in record time, there are very few self employed professions were you immediately set yourself up to accommodate losses as part of your business plan, as such the dissonance we experience as traders is unique to our industry. Cognitive dissonance is a theory of human motivation that asserts that it is psychologically uncomfortable to hold contradictory cognitions. The theory is that dissonance, being unpleasant, motivates a person to change his cognition, attitude, or behaviour. This theory was first explored in detail by social psychologist Leon Festinger, who described it this way:


Dissonance and consonance are relations among cognitions that is, among opinions, beliefs, knowledge of the environment, and knowledge of one's own actions and feelings. Two opinions, or beliefs, or items of knowledge are dissonant with each other if they do not fit together; that is, if they are inconsistent, or if, considering only the particular two items, one does not follow from the other.

Festinger first developed his theory in the 1950s to explain how members of a cult who were persuaded by their leader, a certain Mrs Keech, that the earth was going to be destroyed on 21st December and that they alone were going to be rescued by aliens, actually increased their commitment to the cult when this did not happen. Festinger himself had infiltrated the cult, and would have been very surprised to meet "little green men". The dissonance of the thought of being so stupid was so great that instead they revised their beliefs to meet with obvious facts: that the aliens had, through their concern for the cult, chosen to save the world instead.

In a more mundane experiment, Festinger got university students to lie about a boring task. Those who were paid $1 for the task felt uncomfortable lying, those who were paid $20 dollars lost their inhibitions over exaggerating the enjoyment of the task and took to lying easily. Smokers also find all kinds of reasons to explain away their unhealthy habit; they point to the benefits of weight loss, that it's a form of 'nerve medicine' or desperately point to the person they know who was the statistical anomaly – the guy who smoked "forty a day and lived until he was ninety." The alternative is to feel a great deal of dissonance.

Cognitive dissonance can also be described as a feeling of uncomfortable tension which comes from holding two conflicting thoughts in the mind at the same time, an experience that many traders can testify too. Dissonance increases with; the importance of the subject to us, how strongly the dissonant thoughts conflict and our inability to rationalise and explain away the conflict. Dissonance is often strong when we believe something about ourselves and then go against that belief. If I believe I am 'good' but do something 'bad', then the discomfort I feel as a result can be termed "cognitive dissonance".

Cognitive dissonance is a very powerful motivator which will often lead us to change one or other of the conflicting belief or action. The discomfort often feels like a tension between the two opposing thoughts, in trading the simplest example of this conflict would be cutting the loss of a losing trade. Accepting that a particular trade has 'gone bad', when experiencing the overwhelming urge to hold on to the loser, believing that at some stage the market will turn in our predicted direction, is a glaring example of the cognitive dissonance tension traders will experience. To release the tension we can take one of three actions; we can change our behaviour, justify our behaviour by changing the conflicting cognition, or justify our behaviour by adding new cognitions.

Dissonance is at its most powerful when it's about self-image. Feelings of foolishness and the inevitable self criticism that follows is dissonance in action. If an action has been completed and cannot be undone, then the after-the-fact dissonance may compel us to change our beliefs. If beliefs are moved, then the dissonance appears during decision-making, forcing us to take actions we would not have taken before. An example of moving beliefs could be moving stops mid trade; we know instinctively we are breaking our trading plan rules, we know that as we're now operating outside of the scope of our plan we have momentarily lost control, our only opportunity to regain control is when the trade ends. In the good/bad scenarios mentioned earlier we know we're 'in the wrong' but have arrived at this situation due to cognitive dissonance.

Cognitive dissonance appears in virtually all our evaluations and decisions as traders, it is the central mechanism by which we experience new differences in the world and our trading world. When we see other people behave differently to our images of them, or when we hold any conflicting thoughts, we are experiencing dissonance. Dissonance also increases with the importance and impact of the decision, along with the difficulty of reversing it. The discomfort we experience making the wrong choice of car is far more intense than when choosing a normal item of furniture, similarly the discomfort we experience in losing several lots on a trade is far greater than a mini-lot.

Cognitive dissonance is central to many forms of persuasion in order to change: beliefs, values, attitudes and behaviours. The tension can be injected suddenly or allowed to build up over time. People can be moved in many small jumps or one large leap. When you start feeling uncomfortable in certain trading situations, stop and see if you can isolate and resolve the inner conflict. Then begin to rationalise how the situation came about. Trading is unique because nobody else can put the conflict there, only you are in conflict. Recognising these internal conflicts (and being able to remedy them early on in a trader's career) is an incredibly valuable lesson in self awareness and insight that will greatly enhance a trader's chances of long term controlled success.