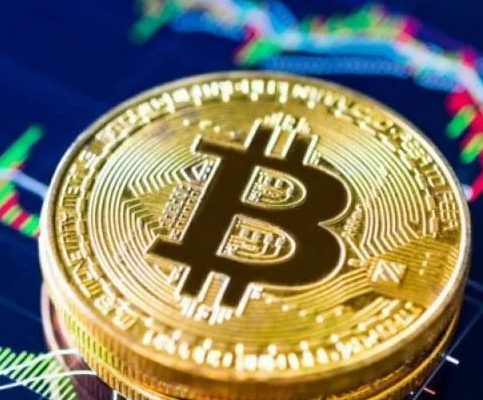 On Friday, the number one cryptocurrency in the world began a new round of corrective movement, which may become the very beginning of the end that many traders are waiting for. Despite the fact that absolutely all technical indicators now indicate an upward trend, a serious correction in Bitcoin has been brewing for a long time. Despite the fact that every day more and more investors of all calibers and stripes are showing their readiness to get started with Bitcoin and other digital assets, the price for one coin is already too high.

From April 30, 2021, all payments in cryptocurrencies will be banned in Turkey. The central bank of Turkey has clarified that payment service providers will not be allowed to develop business models in which cryptocurrencies are used in payments. The Bank explained that the reasons for this decision were the lack of regulation of the cryptocurrency segment, too high volatility, as well as the frequent use of crypto assets for illegal purposes.

It is also reported that this ban does not yet apply to cryptocurrency trading on exchanges. However, as they say, bitcoin is not only gaining popularity around the world, but also falls out of favor with the Central Bank and governments. Recall that India is now also going to pass legislation that will completely prohibit the mining, storage and transfer of cryptocurrencies. Actually, central banks and governments are the main enemies of bitcoin and all its “brothers”.

Although many experts believe that Bitcoin will no longer be banned in the United States, this does not mean that it will not be possible to ban it in the rest of the world. Central banks absolutely do not need a cryptocurrency that they cannot control. Therefore, in any case, all over the world, the rules of the game with bitcoin will only get tougher.

Meanwhile, the investment company Ark Invest bought shares of the cryptocurrency exchange CoinBase for another $ 110 million. Recall that CoinBase just this week began to be listed on the NASDAQ, and various funds Katie Wood, who is considered one of the most successful investors of the last generation, has already invested more than $ 350 million in stock exchange shares. However, this news did not support the demand for bitcoin. So far, for digital gold, the technical picture is much more important. Technically, the most important thing now is the ascending channel. The trend weakens if the quotes leave the channel, that is, if they fix below it, this will be a very powerful signal for the beginning of the correction. From our point of view, the correction can be strong, and bitcoin will sink to at least $ 44,000 per coin.

« Using VPS in Forex Trading How to trade London session? »