The rain in Spain falls mainly on the young unemployed 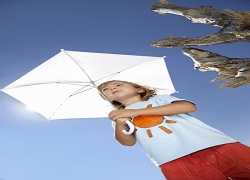 News that Spain’s unemployment has fallen slightly will have come as a temporary relief to the Spanish government, however, with circa 57% youth unemployment in Spain and this figure mirrored in the PIIGS, you have to wonder at the lifetime opportunities many in the ravaged recession/austerity hit countries will experience. All of the PIIGS have record levels of youth unemployment and judging by the data available from the UK, as it suffered long term youth unemployment in the 1980’s and 1990’s, generational unemployment tends to stay with that particular generation…

For those who suffer unemployment early on in their working lives that experience tends to harm their future prospects and that’s assuming we’ll experience a massive improvement in the European economies over the coming years. Lack of confidence, low self-esteem, setting the bar too low out of desperation…the latest ‘class’ of youth unemployed in Europe are likely to suffer periods of unemployment throughout their working lives. A tragedy that only government intervention can surely address if market forces dictate otherwise.

In other overnight news Australia’s RBA (as expected) left their cash rate at 2.5%, however, there were utterances that the central bank views the Aussie dollar as too strong and will enter into accommodative measures in order to lower it. As a consequence the Aussie dollar sold off.

China’s services PMI eased slightly, from 56.3 to 56. There were no alarm bells rung as a consequence given that other PMIs from China, most notably the manufacturing print of yesterday from Markit Economics, came in ahead of predictions.

One interesting piece of news courtesy of SWIFT, China’s yuan currency overtook the euro in October, becoming the second-most used currency in trade finance, global transaction services organization SWIFT said on Tuesday. The market share of yuan usage in trade finance, or Letters of Credit and Collection, grew to 8.66 percent in October 2013. That improved from 1.89 percent in January 2012.

News just in as we go to print is that the UK’s construction sector appears to be very buoyant; the PMI from Markit for constructions has come in at 62.6, the highest level recorded since 2007.

November data pointed to another strong upturn in the UK construction sector, with output and employment both rising at the sharpest rate since August 2007. Growth of business activity was broad based across the three main areas of construction, with residential building again the best performing category. Higher levels of output were supported by the joint-fastest expansion of incoming new work since September 2007. Adjusted for seasonal factors, the Markit/CIPS UK Construction Purchasing Managers’ Index (PMI) registered 62.6 in November, up sharply from 59.4 in October and above the 50.0 no-change level.

At its meeting today, the Board decided to leave the cash rate unchanged at 2.5 per cent. Recent information is consistent with global growth running a bit below average this year, with reasonable prospects of a pick-up next year. Commodity prices have declined from their peaks, but generally remain at high levels by historical standards. Inflation in most countries is well contained. Overall, global financial conditions remain very accommodative. Volatility in financial markets has abated recently. Long-term interest rates remain very low and there is ample funding available. The Australian dollar, while below its level earlier in the year, is still uncomfortably high. A lower level of the exchange rate is likely to be needed to achieve balanced growth in the economy.

China November official services PMI eases to 56 vs. 56.3 in October

China’s official purchasing managers’ index (PMI) for the non-manufacturing sector eased slightly to 56.0 in November from 56.3 in October, the National Bureau of Statistics (NBS) said on Tuesday, but still a sign of resilience in the world’s second-largest economy as it pushes ahead with structural reforms. A reading above 50 indicates activity in the sector is accelerating, while one below 50 indicates it is slowing.

WTI for January delivery gained as much as 42 cents to $94.24 a barrel in electronic trading on the New York Mercantile Exchange, and was at $94.08 in Singapore time. The contract increased $1.10 to $93.82 Monday, the highest close since Nov. 25th. The volume of all futures traded was about 52 percent below the 100-day average. Prices have advanced 2.5 percent this year. West Texas Intermediate rose for a third day amid forecasts crude stockpiles dropped last week for the first time since September in the U.S., still the world’s biggest oil consumer.

The dollar gained 0.2 percent to 103.12 yen early London time after earlier touching 103.38, the highest level since May 23rd. It was at $1.3554 per euro. The shared currency climbed 0.3 percent to 139.76 yen, after reaching 139.94, the highest since October 2008. The dollar rose to its strongest level versus the yen in more than six months, investors are undecided if signs of a strengthening economy will be enough for the Federal Reserve to reduce currency-debasing stimulus measures.

The U.S. Dollar Index, tracking the currency versus its 10 major counterparts, was at 1,023.78, set for the highest close since Sept. 12th. Currency volatility increased for a second day, the JPMorgan Chase & Co. Group of Seven Volatility Index climbing to as high as 8.38 percent, the most since Oct. 11th.

U.S. 10-year yields were 105 basis points more than similar-maturity bunds. The spread was 108 basis points last month, the most since 2006. The gap to Japanese bonds was 216 basis points, versus 223 in September, which was the widest since 2011. The European Central Bank and the Bank of Japan both increased efforts to cap borrowing costs yields this year. Treasury yields approached a seven-year high against their German counterparts and the most in 31 months versus Japanese bonds amid speculation the Federal Reserve will trim its debt purchases as soon as this month.

« Methods to lock in profits using Fibonacci and the PSAR WTI oil rises steeply on strong auto sales in USA as consumer confidence also rises, whilst Detroit stays in bankruptcy »